Need a legal pot shop in California? Grab your smartphone 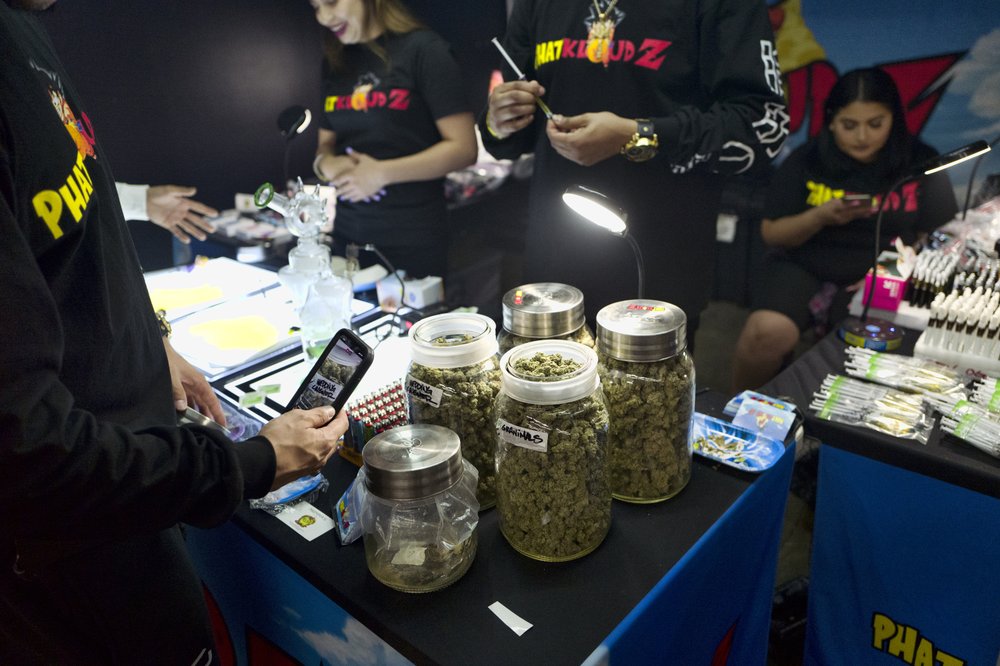 A customer takes a photo of large jars of marijuana from on display for sale at Rev-Up a cannabis marketplace in Los Angeles, California, April 5, 2019.  (Photo: AP)

Want to find a legal marijuana shop in California? Grab your smartphone.

Shoppers could use their smartphones to scan the familiar, boxy label known as a QR code — similar to a bar code — to determine if a business is selling legal, tested cannabis products.

The codes also would be required when transporting or delivering cannabis.

California — the world’s largest legal pot market — kicked off broad, legal sales in January 2018. But the illicit market has continued to thrive, with consumers spending roughly $3 in the state’s underground pot economy for every $1 in the legal one, a report from industry advisers Arcview Market Research and BDS Analytics estimated last year.

Hefty tax rates have been blamed for steering consumers into the illicit market, where shops are often indistinguishable from legal ones and operate in plain sight.

Last year, the state mounted a publicity campaign — Get #weedwise — to encourage consumers to verify that their purchases are tested and legal. Ads were posted on social media and billboards promoting a state website where shoppers can quickly check if a shop is licensed.

The advertising campaign makes a simple argument: You don’t know what you’re getting if you buy illegal products.

The state also has sought to increase enforcement to shut down illegal shops and cultivation sites.