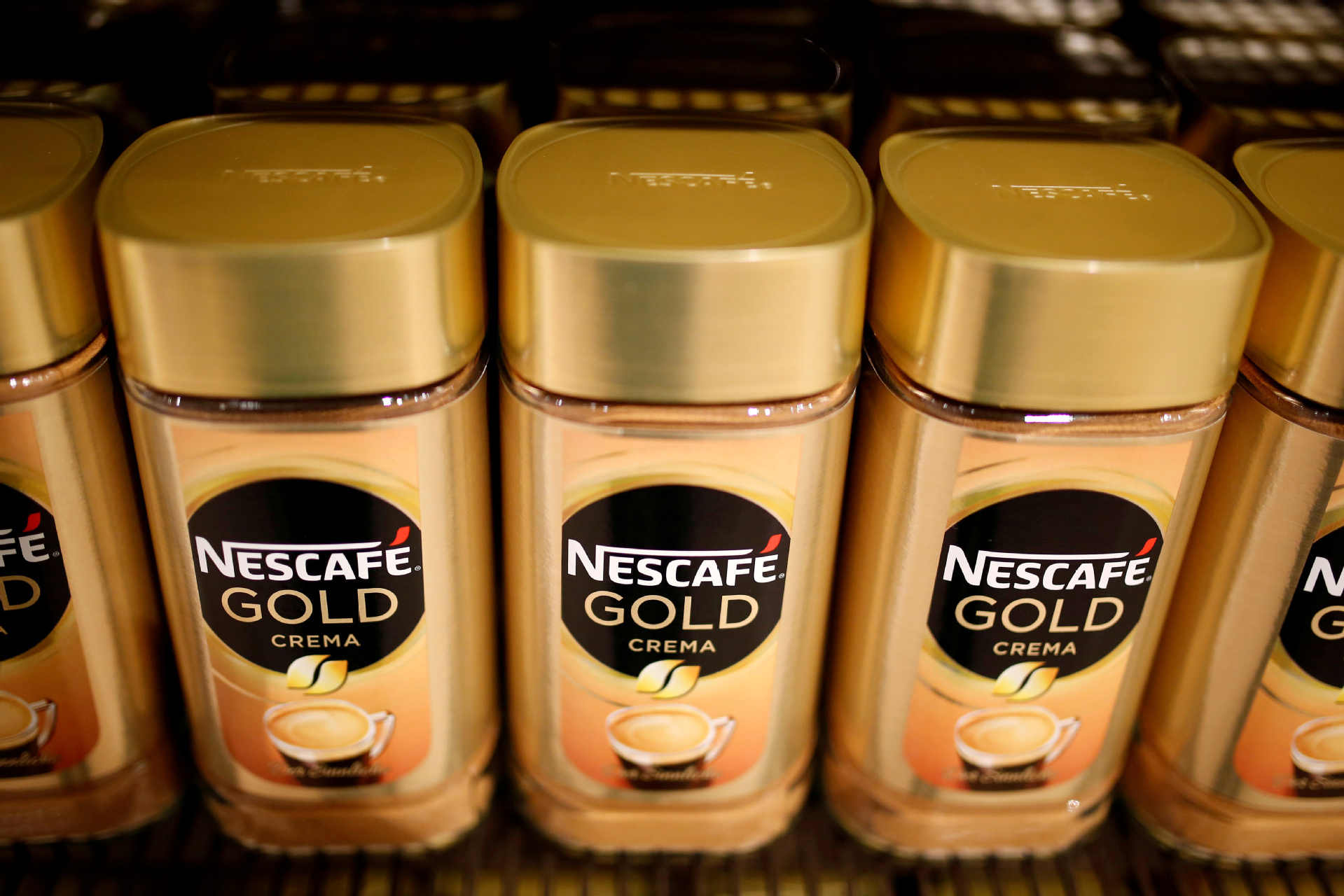 Jars of Nescafe Gold coffee by Nestle are pictured in the supermarket of Nestle headquarters in Vevey, Switzerland, on Feb13, 2020. (Photo: Agencies)

Switzerland-based food and beverage giant Nestle SA said on Thursday that it would invest an additional 400 million yuan ($58.48 million) in the northeastern Chinese province of Heilongjiang to enhance its grain cultivation and dairy farming capacities in the country.

The current investment is in addition to the 300 million yuan invested by the company in 2018 and 2019 for capacity expansion in Shuangcheng district of Harbin.

Nestle said the new investment will be focused on strengthening the company's advanced production capacity in Shuangcheng, which will be completed in two phases over the next five years, covering baby food, baby formula and adult functional foods.

Rashid Qureshi, chairman and CEO of Nestle in China, said: "As China leads the way in the global economic recovery, Nestle looks forward to working alongside its many valued partners and stakeholders in Heilongjiang and continue putting its Creating Shared Value approach to business into action."

Some of the investment will be used to promote the development of local grain cultivation in Heilongjiang province, with an initial focus on organic grains. This will be done through the new Nestle Grain Competence Center, Nestle's first such facility worldwide. The company will also expand and upgrade its Nestle Dairy Farming Institute over the next three years and strengthen its role as a hub for the domestic dairy farming sector.

The DFI will also play a growing role in Nestlé's drive to reduce greenhouse gas emissions in its supply chain. In the last five years, the DFI has been part of Nestle's global efforts to share its technical knowhow and improve dairy farming through training and exploring responsible practices with stakeholders. The DFI is also a source of high-quality local milk for Nestle's A2 milk products. After the expansion, the DFI will have the latest dairy farming technologies and higher fresh-milk production capacity due to larger cow herds.

The investment will also complement China's efforts to boost domestic production of infant formula and help drive growth of Nestle's locally produced infant and baby formula products, it said in a statement.

In May, Nestle said it planned to invest 730 million yuan in Tianjin to scale up its production capacity for high-end, innovative products to meet rising consumer demand for plant-based products, snacks and pet food.

Jason Yu, general manager of Kantar Worldpanel China, said the new investment from Nestle demonstrates the confidence of Nestle in China's domestic consumption market. "For food companies, having a stable supply chain is critical to the success and it is the area where local brands are strong today," said Yu.