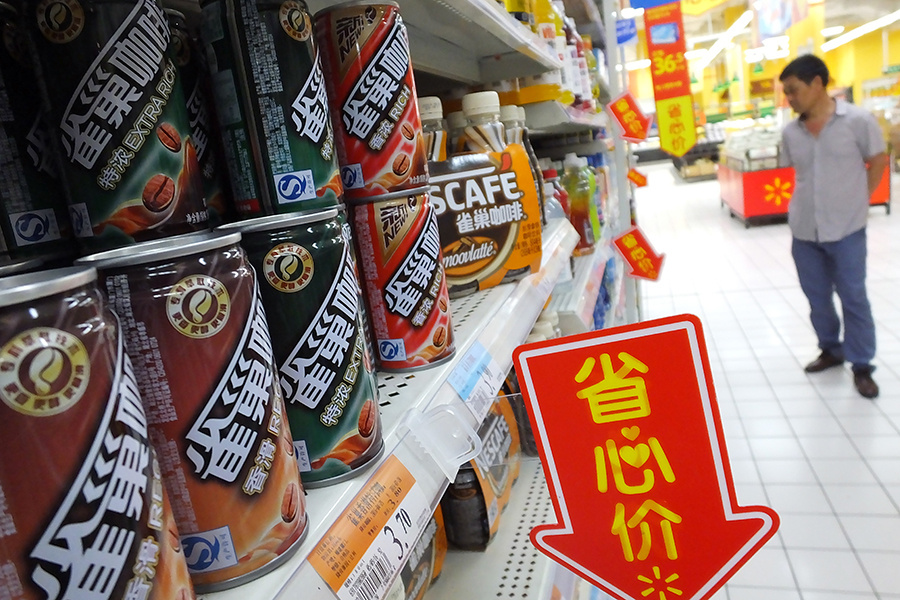 Switzerland-based food giant Nestle SA is investing 730 million yuan ($102.2 million) in China to expand and strengthen its operations in the country, its second-largest market.

The company said it would also scale up its production capacity for high-end, innovative products in Tianjin, to meet rising consumer demand for plant-based products, snacks and pet food.

The investment is testimony to Nestle's strong commitment in introducing more healthy and nutritional products in China, said Rashid Qureshi, chairman and CEO of Nestle in China. According to Qureshi, China's food industry has been seeing an upgrade in preferences, with focus shifting from eating well and having enough to eat to eating healthily and with full joy that can come from the experience, a trend which will lead to further industrial upgrade.

"Chinese consumers are increasingly pursuing nutritious and healthy diets and are focused on getting even greater joy out of their eating experiences.

Additionally, as the pet economy booms in China, the public is pursuing more scientific ways of raising pets as well as attaching equal emphasis to pets' health," Qureshi said.

"Plant-based products are becoming increasingly popular and meaningful in terms of sustainability. Pet food was one of the fastest growing food sectors last year. High quality and value-added confectionary still has room for growth," said Yu.

Facing fierce competition from local food brands and fast-evolving dynamics in the market, Nestle has decided to invest and innovate more quickly to get ahead, Yu said, adding that localizing innovation in China will help companies to attain innovation on a global scale.

Among Purina's over 50 factories covering pet food, only three factories are qualified to produce the PRO PLAN veterinary diets. The production lines in Tianjin are expected to be operational next year.

Nestle has also rolled out a new milk powder and nutritional products for children aged between 3 and 12 to tap a consumer group that is expected to grow more quickly.