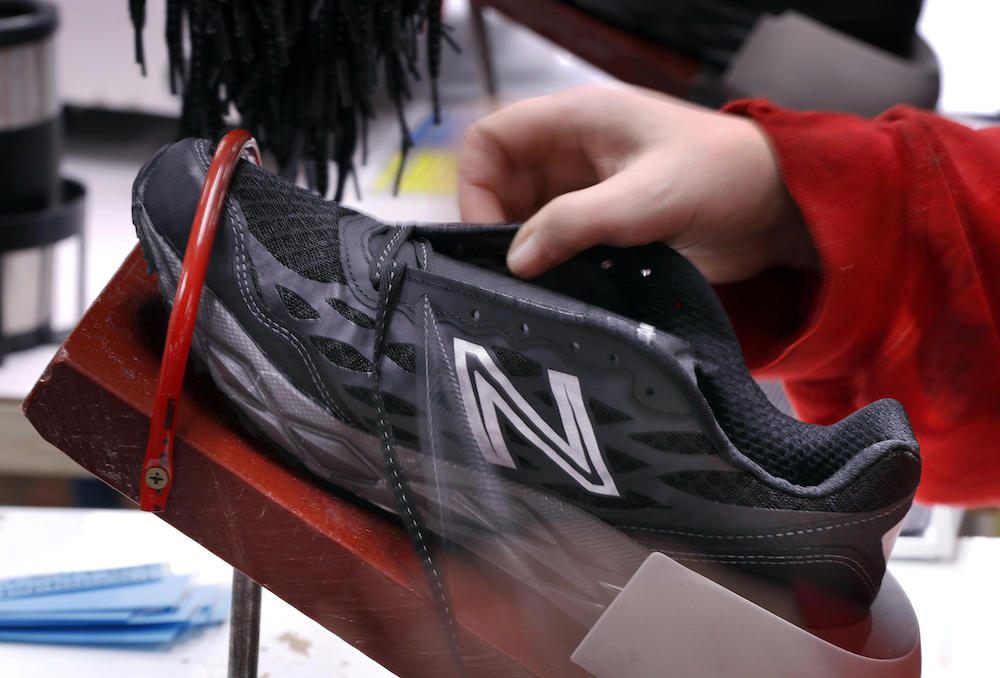 In this Dec. 17, 2018, file photo, a pair of athletic shoes are laced up at a New Balance factory in Norridgewock, Maine. (Photo: AP)

SHANGHAI, April 17 (Xinhua) -- U.S. sneaker maker New Balance has won a lawsuit over a trademark dispute in Shanghai, with a total of 10.8 million yuan (1.5 million U.S. dollars) to be compensated, a local court said.

The Chinese company New Barlun (China) Co., Ltd. was found to have produced a large number of shoes with the italic "N" mark, which was identical to the trademark filed by New Balance, according to the Pudong New Area people's court.

The act had infringed the trademark rights of New Balance, according to the judgment announced on Thursday.

New Barlun was ordered to stop the unfair competition, make a public statement to eliminate the impact and compensate for the economic losses of 10 million yuan plus lawsuit costs of 800,000 yuan to the U.S. company, the judgment said.

In recent years, China has been tougher on trademark infringements, handing down hefty fines, to protect the legal rights of both Chinese and Foreign companies.