The Shanghai Foreign Investment Development Board releases a Chinese-English bilingual map for investment in Shanghai on Oct 13, 2020. (Photos: chinadaily.com.cn)

The Shanghai Foreign Investment Development Board released a Chinese-English bilingual map for investment in Shanghai on Tuesday.

This year's edition includes new sections such as new consumption, artificial intelligence and bio-medicine, and is based on key industries and regions in the city that attract foreign investment. 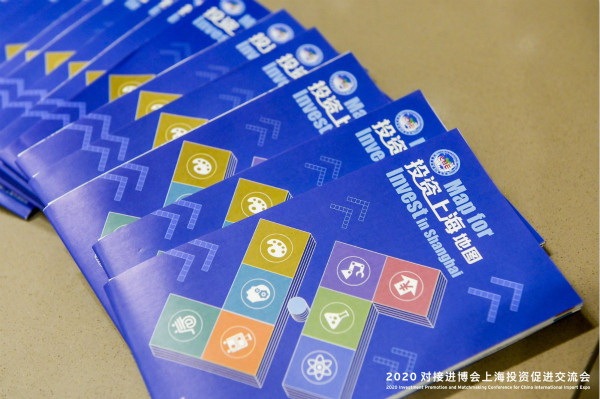 The Shanghai Foreign Investment Development Board releases a Chinese-English bilingual map for investment in Shanghai on Oct 13, 2020.

Sections like fashion and leisure as well as Shanghai culture that were in the previous map have been deleted in the new guide, according to Xue Feng, director of the board.

Shanghai has maintained steady growth due to healthy foreign investment this year. Official data shows the amount of foreign direct investment in the city reached $13.88 billion from January to August, a year-on-year increase of 5.9 percent.

A total of 34 regional headquarters and 12 research and development centers of multinational companies were launched in the city during the same period.