A Bright Shared Future---Stories Along the Belt and Road, the first volume of a book series on moving stories related to the Belt and Road Initiative, was recently published in Chinese and English, and versions in French, Russia, Arabic and Spanish will be published soon. 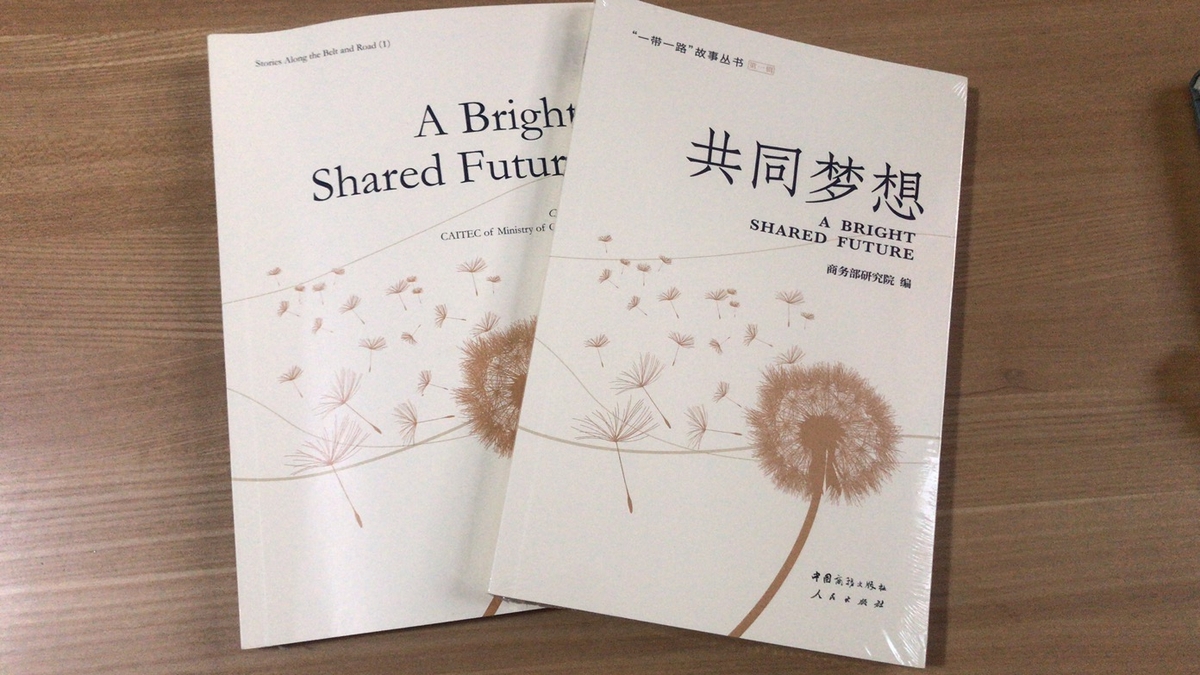 A Bright Shared Future---Stories Along the Belt and Road, a volume of stories related to the Belt and Road Initiative, has been published, to be followed by a second volume soon. (Photos: China Daily)

Compiled by the Chinese Academy of International Trade and Economic Cooperation of the Ministry of Commerce, the first volume collects 20 stories from five continents across industries such as agriculture, manufacturing and service, involving sectors such as foreign trade, investment, engineering, assistance and foreign aid.

At a book release conference held in Beijing on Friday, Vice-Minister of Commerce Qian Keming said staff members of the ministry felt it necessary to tell the world the touching stories they've heard over the years about how the BRI has improved local people's livelihoods and helped them realize their dreams, and how Chinese people working overseas for BRI-related projects made sacrifices.

The BRI is based on the principle of achieving shared growth through dialogue and collaboration and upholds the "Silk Road spirit" of peace, cooperation, openness, inclusiveness, mutual learning and mutual benefit, he said.

It has opened up new space for the world economy, built a new platform for international trade and investment, raised up new practices in global economic governance, made new contributions to the well-being of people in the world,and contributed China's wisdom for building a common human community with a shared future, he said, adding BRI is receiving a positive response from an increasing number of countries and international organizations.

The book series is based on one year's hard work of research by the editorial team, and is written by related experts from both China and abroad.

A WeChat public account for the book series has also been established as an online reading platform to provide readers with digital material, such as audio and video.

Guan Ping, deputy director of the international communications bureau of the Publicity Department of the Communist Party of China Central Committee, said at the book release conference successful practices over the past six years have made the BRI increasingly popular as it helps improve the welfare of people in the world, and the book series is a good example of telling the world more about the BRI through vivid stories of individuals in key projects.