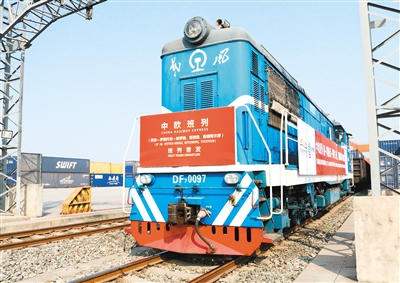 The first freight train on the route, loaded with cables, gears and other cargo, departed from Xi'an and will pass through Kazakhstan, Belarus and Russia. The cargo will be shipped to the port of Rostock in Germany and transported to Italy's Verona and Sweden's Gothenburg and Stockholm.

Since the beginning of this year, the city has launched 593 freight trains, 2.3 times that of the same period last year.