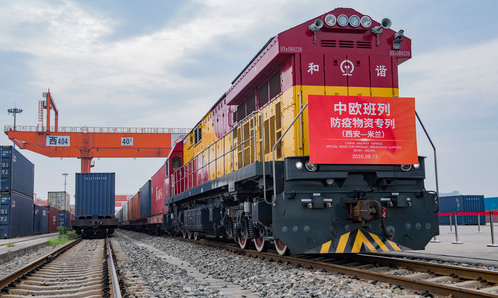 The cargo train loaded with auto parts and other commodities produced by local intelligent equipment company in Hubei. This marks the first cooperation between Shiyan city and Shaanxi China-Europe freight train service.

In recent years, with the goal of building a world-class inland port, Xi'an has made every effort to speed up the construction of China-Europe freight train (Xi'an) assembly center, and operated 16 freight routes linking Xi'an with Asia and Europe.

Data showed that in the first half of this year, a total of 1,791 trains of China-Europe freight trains were handled in Xi'an, with core indicators maintaining leading position nationwide.