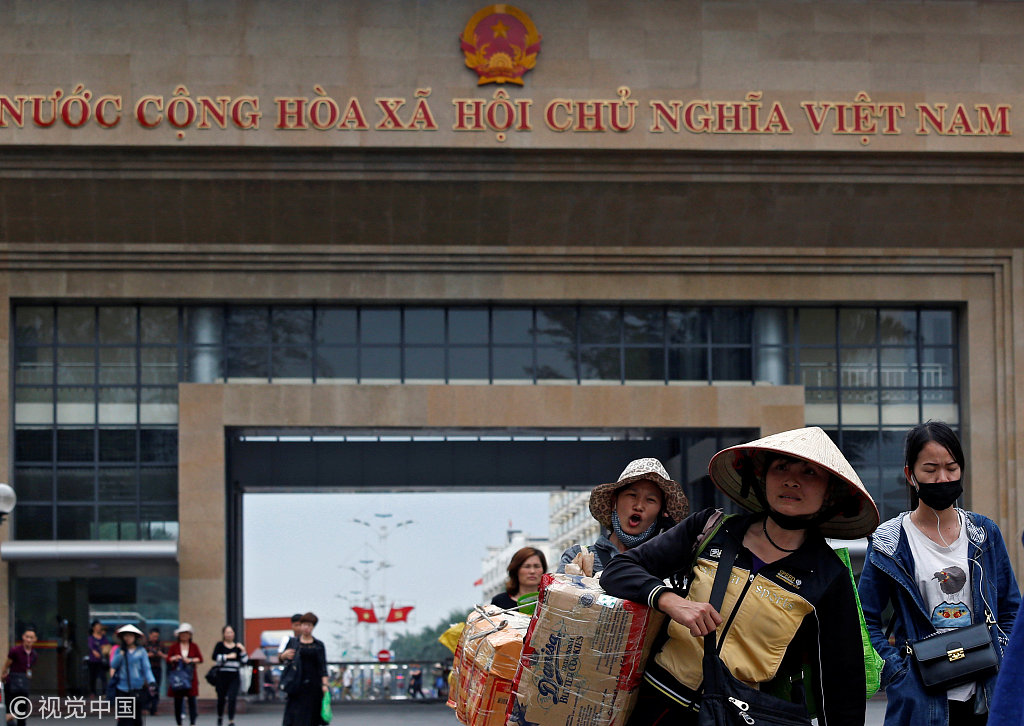 NANNING - A border crossing between the southern Chinese cities of Guilin and Dongxing, in Guangxi Zhuang autonomous region, to Mong Cai and Ha Long in Vietnam has been launched on Friday.

It is the expansion of the original tourist route between Dongxing and Mong Cai, on both sides of the border river, launched in November 2016.

Driving tours across the Vietnam-China border became popular after the Dongxing-Mong Cai route opened. The number of outbound tourists from Dongxing rose to 3.1 million in 2017, as against 162,700 in 2014.