WASHINGTON, Feb. 14 (Xinhua) -- US businesses paid an additional 2.7 billion US dollars in tariffs in November 2018, according to data released Thursday. 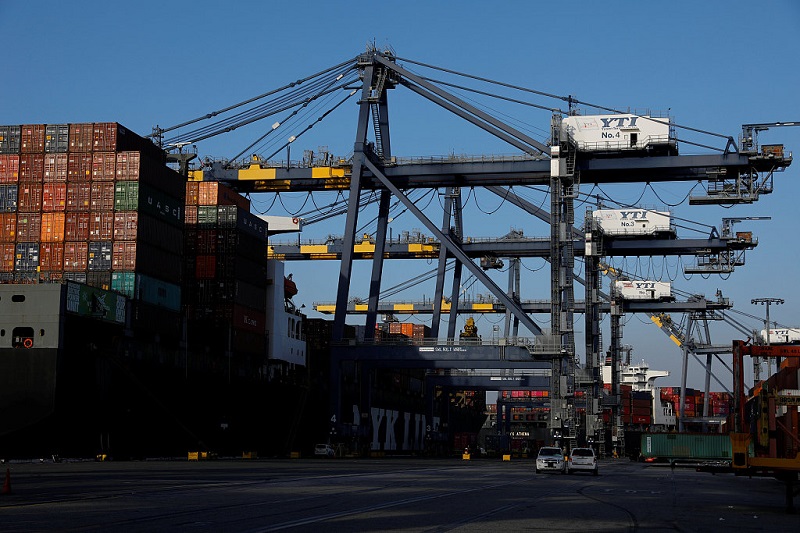 Shipping containers are stacked on a ship docked at Yusen Terminals (YTI) on Terminal Island at the Port of Los Angeles in Los Angeles, California, US, January 30, 2019. (File photo: VCG)

This is the most recent monthly data available due to the 35-day partial government shutdown which ended in late January, said Tariffs Hurt the Heartland, a nationwide campaign against the US administration's recent tariffs, which released the data.

The data also shows that US export growth hit its lowest level of 2018 in November, partly due to a 37-percent decline in exports of products facing retaliatory tariffs.

"This data shows that Americans, not our foreign competitors, are the big losers in the trade war," Tariffs Hurt the Heartland Spokesman and former Congressman Charles Boustany said in a statement.

"As US-China trade talks resume, we hope the administration will heed the concerns of the thousands of American companies facing unprecedented tariff costs while making further progress toward an improved trading relationship and an end to the trade war," he said.

A study recently released by the group showed that nearly a million US jobs could be lost due to newly imposed US tariffs on foreign imports and retaliatory tariffs by its trading partners, with agriculture and service sectors being major victims.