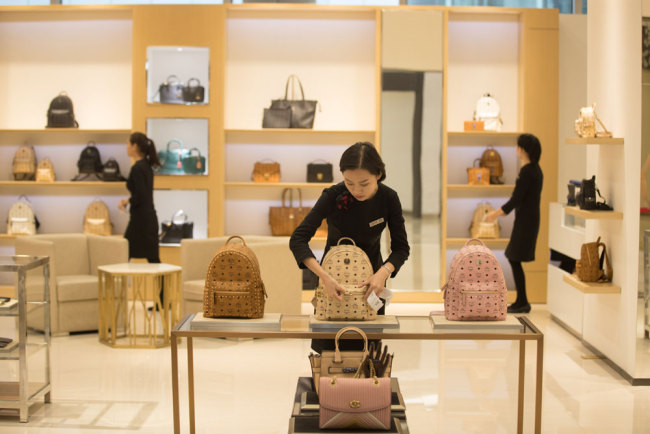 Salespersons work in a new duty-free shop in Haikou, capital of Hainan Province, on Friday, January 18, 2019, ahead of its opening on Saturday. (Photo: China Plus)

The two shops, one in the capital city of Haikou and another in Boao town of Qionghai City, cover 38 duty-free categories ranging from perfume and cosmetics to bags and suitcases.

Operated by Hainan Duty-free Co. Ltd., the shops has attracted around 200 international brands such as Chanel, Dior and Gucci.

Qin Han, an outbound passenger who will leave for northeast China's Heilongjiang Province, purchased cosmetics worth more than 3,000 yuan (around $443) for his girlfriend in the new Haikou duty-free shop.

"I usually purchased duty-free commodities in the airport shop. It's more convenient to buy things in the downtown area," Qin said.

The State Council gave Hainan permission to run a pilot offshore duty-free program in April 2011 in an effort to make the island a world-class tourist destination.

Previously Hainan had two duty-free shops, with one in Haikou and the other in the resort city of Sanya on the southern tip of the island.