Sales of new energy vehicles are expected to see renewed momentum in China, with passenger electric vehicles accounting for 57 percent of NEV sales by 2040 and electric buses for 81 percent of sales of city buses, a new report said. 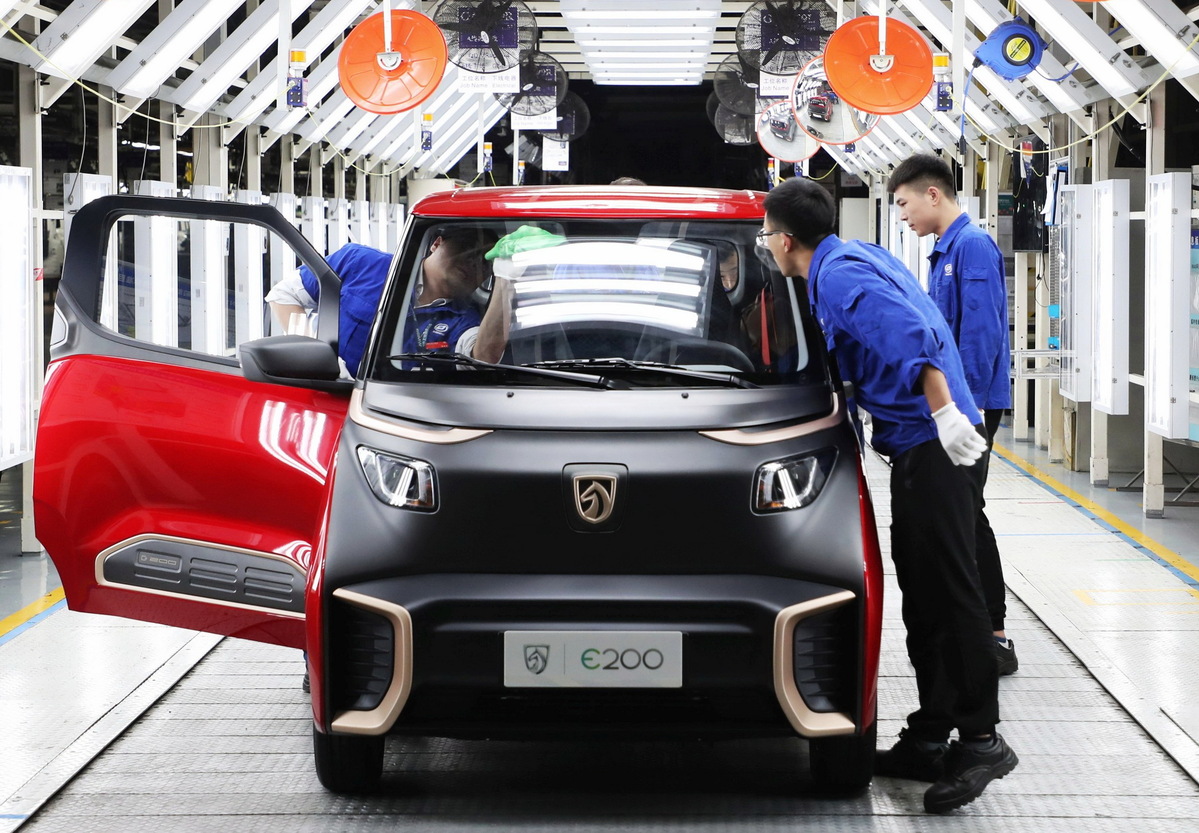 Employees check a new energy vehicle that is about to roll off the production line of a General Motors factory in Qingdao, Shandong province. (Photo: China Daily)

The report, issued by Bloomberg New Energy Finance, said that due to government support and surging demand, by 2025, China will account for 48 percent of the global EV market with sales of roughly 4.8 million units. Subsequently, China's market share is estimated to drop to 26 percent by 2040 or 14.6 million EVs. However, it will still be the largest market in the world.

Data from United States-based industry research website EV Sales showed that in the first quarter of this year, global EV sales surpassed 500,000 units, up 58 percent year-on-year, and China accounted for almost half of the sales.

As early as in 2012, the State Council introduced a pipeline to guide the development of the nation's EVs, with a goal of producing 2 million units and selling 5 million EVs by 2020. Later on, central and local governments carried out a series of subsidy policies in the NEV industry, such as purchase tax exemption and purchase subsidies, to offer greater support to the industrialization of China's NEV industry.

According to the agency, China will specifically lead in the e-bus market. It is estimated that by 2025, China's e-bus fleet share will reach 50 percent, and by 2040, the ratio will rise to roughly 80 percent.

Over the years, e-buses have been accounting for an increasing ratio of city buses. In 2017, China's overall e-bus retention rate reached 35.9 percent, and every three buses included an e-bus, according to a report released by the consulting company under the China Center for Information Industry Development.

Wu Chuxiao, senior analyst at the Automobile Industry Research Center under CCID Consulting, said: "Currently, China's NEV industry has the condition and foundation for large-scale promotion and application in terms of politics, economy, society and technology. However, limited by techniques, cost, infrastructure and public awareness, it still takes a certain amount of time to replace traditional vehicles with NEVs on a large scale."

"Nevertheless, e-buses, as an essential part of the urban transportation network, have fixed operation routes and distance, exclusive parking lots with charging facilities, as well as public financial subsidies. Chances are that China will take a lead in the further development of electric buses," said Wu.

"It is estimated that in the future, China's e-bus market will transform to a more market-driven pattern, instead of policy-driven. The market will shift from an incremental market to a stock market, maintaining steady growth," he said.

Bloomberg New Energy Finance estimates that EVs will attain price parity by the mid 2020s, as lithium battery prices have been falling. From 2010 to 2018, lithium battery prices dropped by over 85 percent, with an annual average decline rate of 20 percent. And the decline, with the same rate, is estimated to continue for the next few years.