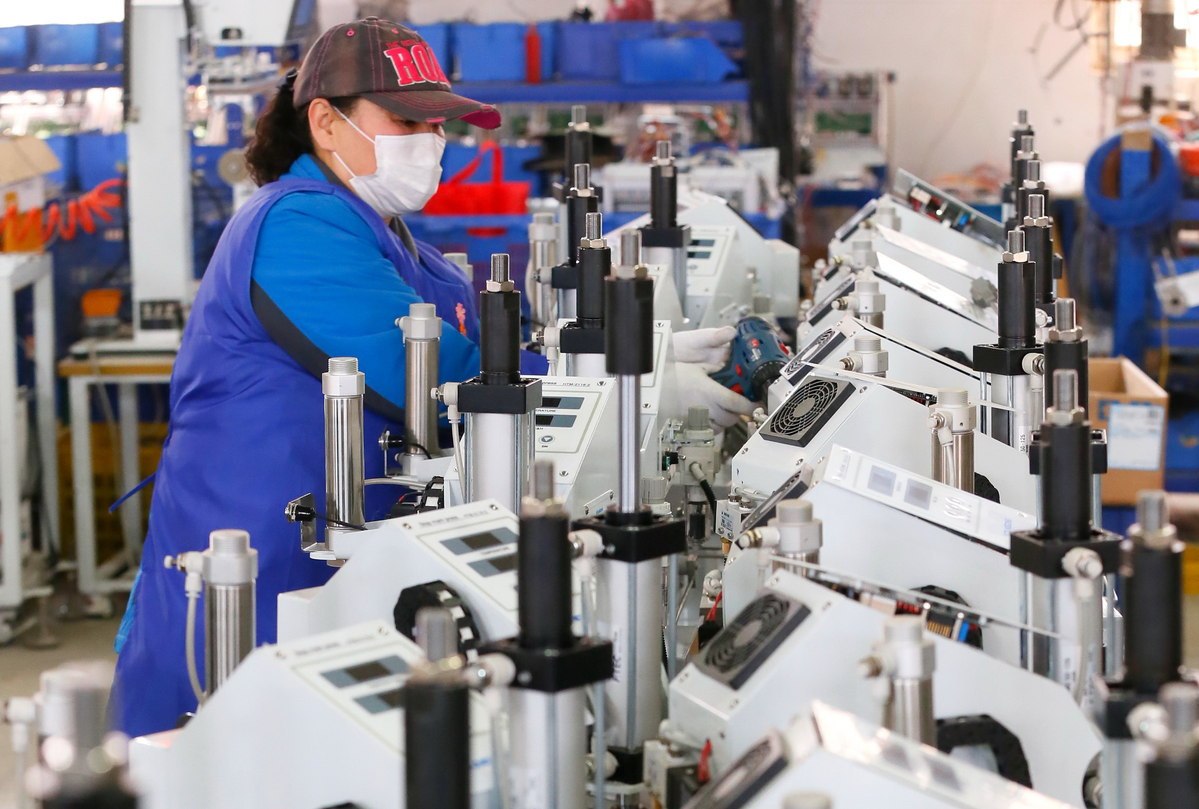 A technician works on the production line of a foreign-funded machinery manufacturing plant in Qingdao, Shandong province. (Photo: China Daily)

China said on Thursday that its "unreliable entity list", which seeks to punish firms, organizations or individuals that damage national security, is not targeted at any specific country or company and will be applied in accordance with the rules, according to the Ministry of Commerce.

There is no preset list of enterprises in the list and the presence is determined by the behavior of the companies, said Gao Feng, a spokesman for the ministry, adding that the government would carry out its work in a conscientious, legal and prudent manner.

He reiterated that China is committed to deepening reform and expanding opening-up, and firmly protecting the legitimate rights and interests of various market players. Creditworthy and law-abiding foreign entities have nothing to worry about, he said.

The official's comments came after the Ministry of Commerce issued a regulation on the unreliable entities list－a blacklist of foreign parties that harm the legitimate interests of Chinese companies, which became effective on Saturday.

The list will comprise entities that do not comply with market rules, violate contracts or inhibit supplies to Chinese firms for noncommercial reasons, said the ministry.

The government will, as always, strive to create a market-oriented, legalized and internationalized business environment, and provide foreign investors with better services, so that they can gain more growth opportunities in the country, he said.

Foreign direct investment in the Chinese mainland grew by 18.7 percent on a yearly basis to 84.13 billion yuan ($12.3 billion) in August, marking the fifth consecutive month of positive growth, according to the latest data released by the Commerce Ministry.

Regarding China's investment environment, Gao said the nation is still an ideal destination for investors from various countries, including the United States.

Even though the global economy is experiencing tremendous downward pressure and global cross-border investments have been seriously affected due to COVID-19, China's overall ability to attract foreign direct investment and conduct outbound investment activities has remained intact, he said.

According to this year's US-China Business Council member survey, nearly 83 percent of the surveyed companies counted China as either the top or among the top five priorities of their global strategy. As a result of this long-term confidence in China's market, the survey showed that 87 percent of those companies have no plans to shift production out of China.

Wilson Ho, vice-president and managing director of SAS China, part of the United States-based analytics firm, said the company has always been fairly optimistic about the Chinese market and has full confidence in the growth of the services sector.

"SAS mainly serves analytics applications in various industries, especially as we are passing through a special phase this year. However, business data show that the pandemic had limited impact on business in China during the first half of the year. In fact, the company's business in China managed to see some improvements," he said.

The company plans to invest $1 billion in artificial intelligence between this year and 2022, with China the main target market in which the company anticipates huge demand, on the back of the added emphasis on AI development.