As China's previous generation of migrant workers approaches retirement age, a new and younger generation aspires to move beyond the traditional factory or construction floor to more ambitious careers. 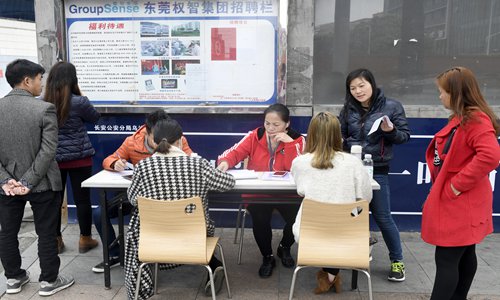 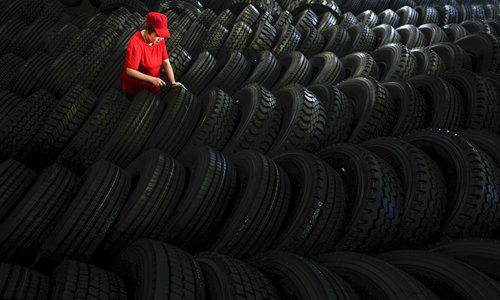 A young worker at a tire factory in Zaozhuang, East China's Shandong Province

Better choiceMigrant workers who leave their homes as teenagers are less familiar with the land and farming. They aspire to become city residents and try their best to gain a firm foothold in the city."But it's still not that easy to integrate into a city for rural people, and we cannot adapt to rural life either," Liu noted."Economic pressure is the main reason that I find it hard to integrate into a big city. It's ok for me to live in Beijing, but if my whole family moves here, the costs are kind of high," Jiao Yibo, a 29-year-old migrant worker from North China's Hebei Province, told the Global Times on Thursday. Jiao left home when he was 18 and finished junior high school. He lived in several cities, including Taiyuan in North China's Shanxi Province, and now works as a decorator for the Beijing Daxing International Airport in Beijing. "I have been considering returning to my hometown because my daughters and my family need me," Jiao said. Experts said that thanks to the development of rural areas, more and more migrant workers are returning to their hometowns to start businesses as they can also enjoy some advantages such as low costs for land and labor. Favorable policies provided by local governments will help support the returnees, experts said.In a bid to support migrant workers to return home to start businesses, the State Council, China's cabinet, rolled out measures to help lower the threshold for entrepreneurs, such as targeted tax cuts and general fee reductions."I'm planning to do some small business when I come back," Jiao said, adding, "I think it is a better choice."