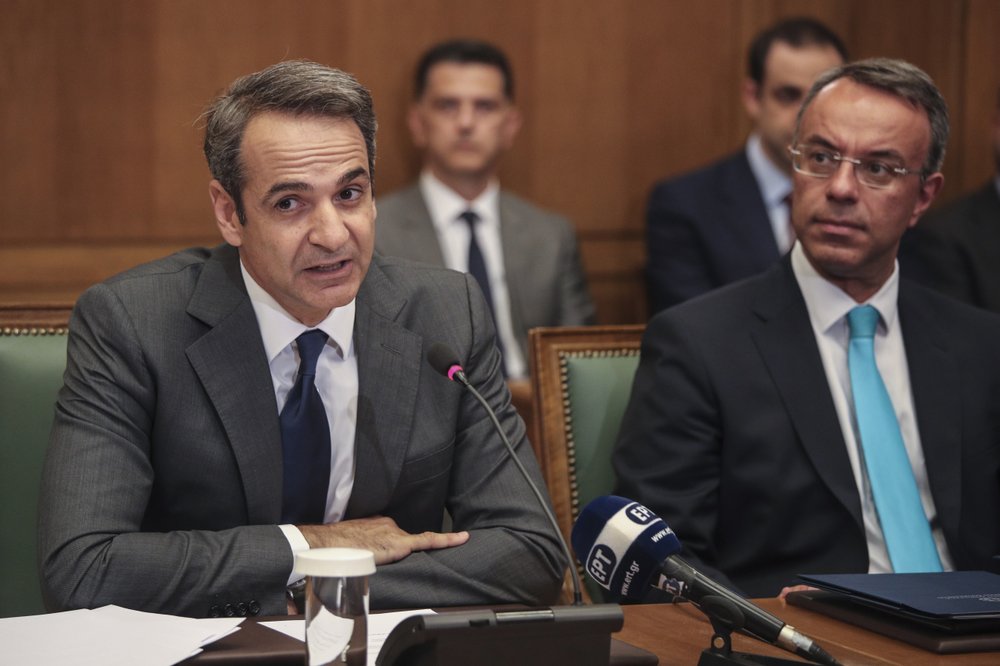 Greece’s new prime minister, Kyriakos Mitsotakis, vowed Wednesday to make government more efficient and to legislate for tax cuts later this month despite concerns raised by the country’s creditors over economic promises made during the election campaign.

Although Greece no longer relies on funds from international bailouts, its economy is still under strict supervision and its partners in the 19-country eurozone have made clear that the fiscal goals agreed to by the previous government must be adhered to.

The country emerged from its third and final international bailout last year, but has committed to meeting stringent targets for years to come, including producing an annual 3.5% annual primary surplus — the budget without interest on debt — until 2022.

The first legislation to be submitted to parliament will be a bill concerning how the government functions and a tax bill “with the first tax reductions we promised citizens,” Mitsotakis said at the start of his government’s first Cabinet meeting.

On Tuesday, new Finance Minister Christos Staikouras said the government would move ahead with providing tax relief for households and businesses, as well as boosting productivity and competitiveness.

Greece is slowly emerging from a nearly decade-long financial crisis that saw a quarter of its economy wiped out and poverty and unemployment levels soar. It was dependent for years on rescue loans from other the eurozone and the International Monetary Fund, and had to impose steep spending cuts and tax hikes to qualify for the funds.

Mitsotakis, who won Sunday’s election with a comfortable majority, ousting Alexis Tsipras and his left-wing Syriza party, said the way the government functions would also change.

“From today we are called on to win a difficult and asymmetrical war from which, let’s not kid ourselves, nearly all governments have emerged defeated,” Mitsotakis said. “That of changing the model of governance, with one single goal: the production of an immediate and visible result to improve citizens’ daily lives.”

He said ministers had been set targets for each portfolio and a government action plan through December.

“I never hid before the election my ambition for this government to function as a well-tuned machine with targets, a timeframe and constant evaluation,” Mitsotakis said.

The prime minister said his government’s main targets include strong economic growth with investments and an improved job market, improving security, boosting Greeks’ available income and helping the middle class, which critics of the previous government said was massively over-taxed.

Mitsotakis is to make his first foreign trip to Cyprus toward the end of the month, and will be visiting Germany in late August following an invitation by German Chancellor Angela Merkel, government officials have said.