New infrastructure projects in China have become hot attractions in the eyes of foreign investors. Since this year, a number of these projects co-funded through foreign investments have been launched around the country. 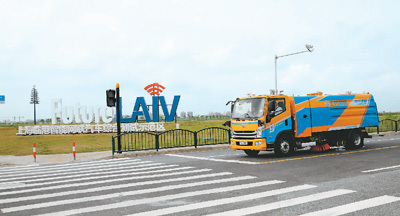 The Siemens PLM Software Company (Shanghai), an arm of German technology giant Siemens, recently inked an agreement with the government of Urumqi in northwest China’s Xinjiang Uygur Autonomous Region to build a China-Europe digitalized industrial new infrastructure innovation base in the city.

The German company also plans to build a digitalized factory and exhibition center in Harbin, northeast China’s Heilongjiang province, and an IoT platform for the catering industry through collaboration with Foodom Restaurant Group under China's leading property developer Country Garden.

Lothar Herrmann, CEO of Siemens Greater China, said the company is expected to embrace a new round of opportunities through the investments in new infrastructure projects. 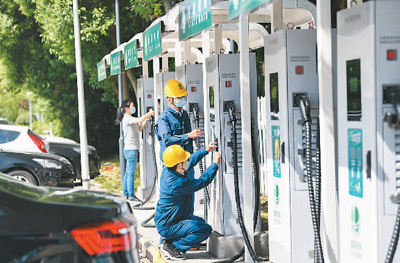 Honeywell hopes to take this opportunity to better meet the needs of Chinese industries and consumers, and develop new technologies, products, and models through actively engaging in new infrastructure, said Zhang Yufeng, president of Honeywell China.

Other multinational corporations such as Dell, Intel, Microsoft, Qualcomm and Schneider Electric have also said they will publicize or are about to publicize plans in the new infrastructure sector.

Sun Guojun, an official with the State Council, said new infrastructure, which is open to all market entities, will bring equal opportunities to Chinese and foreign companies alike.

The construction of charging facilities for electric vehicles, he said, will deliver opportunities to foreign companies, as the domestic new energy vehicle market is shared by both Chinese and foreign companies.

For instance, Shanghai is expected to invest a total of around 270 billion yuan (about $38.1 billion) in its first batch of 48 major new infrastructure projects in the next three years.

The metropolis plans to set up 34,000 new 5G base stations and 100,000 smart charging piles for electric vehicles in the next three years, according to a three-year action plan from 2020 to 2022 issued by the municipal government.

Against the backdrop of the COVID-19 outbreak, new infrastructure has served as a new option for multinational corporations and injected new impetus into the global economy.

“China is expected to become the largest 5G market in the future, and is playing an increasingly important role in the globalized development of Qualcomm,” said Qualcomm China Chairman Meng Pu.