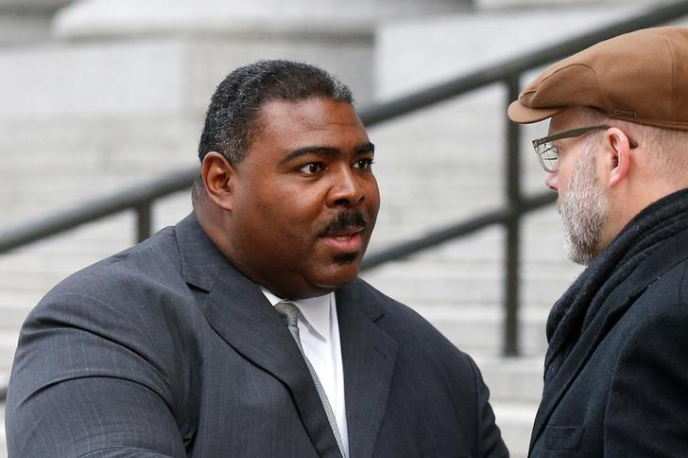 A New Jersey pastor was sentenced to five years in prison for scheming to help an illegal bitcoin exchange escape scrutiny from banks and regulators.

Trevon Gross, 47, was sentenced on Monday by U.S. District Judge Alison Nathan in Manhattan, who also ordered him to pay a $12,000 fine, U.S. prosecutors said.

A lawyer for Gross could not immediately be reached for comment.

The bitcoin exchange involved in the case, Coin.mx, was linked to an investigation of a data breach at JPMorgan Chase & Co, revealed in 2014, that exposed more than 83 million accounts.

Gross was convicted by a jury in March along with Yuri Lebedev, a Florida software engineer.

Prosecutors charged that Gross took bribes from Lebedev and the operator of Coin.mx, Anthony Murgio, including $150,000 in donations to his church, HOPE Cathedral in Jackson, New Jersey. In exchange, they said, Gross helped Murgio take over a small credit union associated with the church.

Lebedev, who was accused of working for Coin.mx through a front called Collectables Club, was sentenced to 16 months earlier this month. Murgio pleaded guilty in January and in June was sentenced to 5-1/2 years in prison in June.

The trial followed an investigation rooted in the JPMorgan data breach, which lead to charges against nine people.

Gross, Lebedev and Murgio were not accused of hacking but prosecutors said Coin.mx was owned by an Israeli, Gary Shalon, who was behind the JPMorgan hack.

Prosecutors have said Shalon, together with Maryland-born Joshua Samuel Aaron, orchestrated cyber attacks that resulted in the theft of information from more than 100 million people.

Prosecutors said they carried out the hacks to further other schemes with another Israeli, Ziv Orenstein, including pumping up stock prices with promotional emails.

Shalon, Aaron and Orenstein pleaded not guilty to criminal charges.