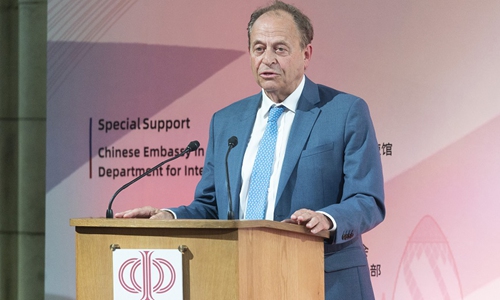 "The highlight of the law is to make Chinese market more open and fair to foreign firms," Perry, who is a recipient of China Reform Friendship Medal for his contribution to China's reform and opening-up, told Xinhua via email.

"The law is designed to meet the new era of opening up and reform and will prove to be well suited to the demands of the next phase of China's development," he said.

"The law must keep pace with these changing periods, and then change again as a new period arrives," said Perry, noting that China has been the first among nations to introduce new laws to adapt itself into new times.

With the new law, foreign-invested enterprises will be granted access to government procurement markets through fair competition. The law also bans using administrative licensing and penalties to force foreign investors and firms to transfer technology.

Launching the reform and opening-up in 1978, China is now striving to turn itself into a modern socialist country that is prosperous, strong, democratic, culturally advanced and harmonious by the time it celebrates its centenary in 2049.

By that time, there will be surely a great change and progress in China, said Perry.