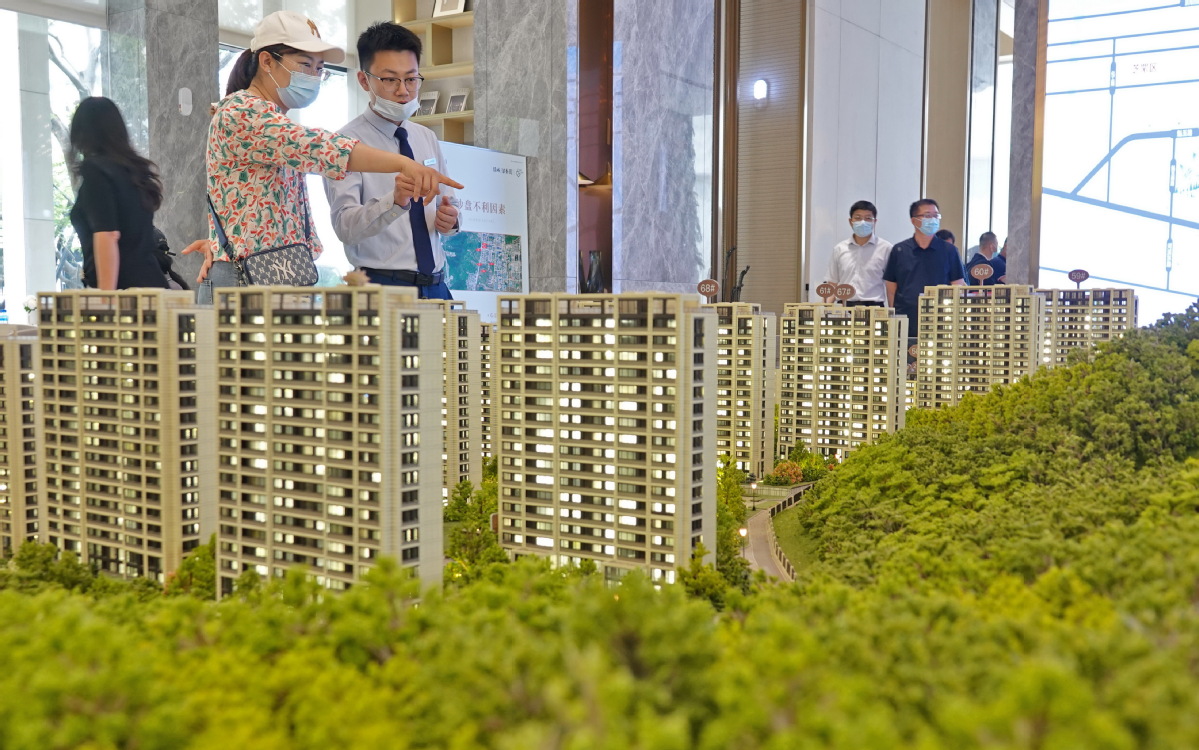 Taxpayers who purchased residential properties within a year of selling previously owned residential assets will receive tax refunds for the latter, the Ministry of Finance and the State Taxation Administration announced on Friday. The new policy will be valid from Saturday until the end of 2023, according to the official notice.

The People's Bank of China, the central bank, said on Friday that the interest rate for housing provident loans will be lowered by 0.15 percentage point for first-time home buyers starting from Saturday, whilst that of second-home stays unchanged.

The country's financial authorities also said late on Thursday that China will loosen its lower limit for mortgage rates for first-time home-buyers in some cities.

By the end of 2022, urban governments in cities having seen new home prices drop both month-on-month and year-on-year for three consecutive months between June and August will be able to decide if they will retain, reduce or remove lower limits for mortgage rates on first-time home loans in phases, according to a circular jointly issued by the central bank and the China Banking and Insurance Regulatory Commission.

The move aims to maximize the effectiveness of such urban areas' region-specific housing policies, and ensure a sound and steady development of China's housing market, the central bank said.

All these measures are intended to boost market demand for home-buyers in order to stabilize the real estate market and the overall economy by creating a virtuous cycle, said Li Yujia, chief researcher at the Guangdong planning institute's residential policy research center.

A total of 23 cities are eligible for loan interest rate relaxation, according to the National Bureau of Statistics.

"The introduction of the new policy will help hesitant buyers make their decisions in a more timely manner so as to stimulate the market in the fourth quarter," said Chen Wenjing, director of research at the China Index Academy.