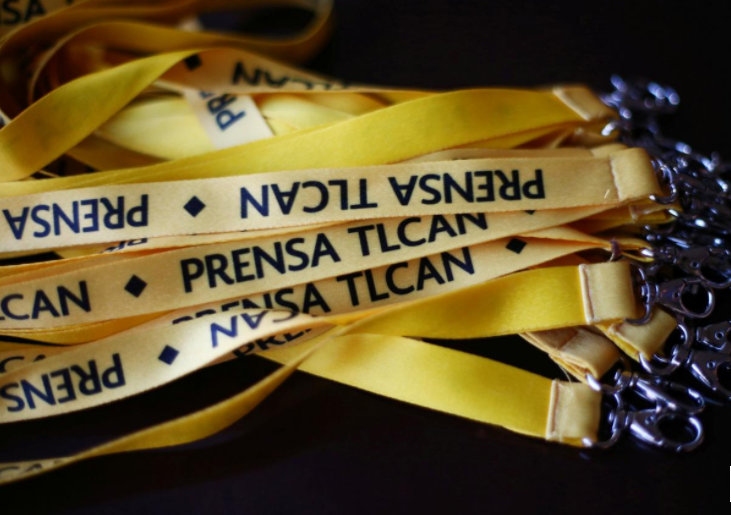 NAFTA lanyards for press cards are pictured during the seventh round of NAFTA talks involving the United States, Mexico and Canada in Mexico City, Mexico February 25, 2018. Photo: Reuters/Edgard Garrido

Mexico and Canada aim to finish reworking less contentious chapters of the NAFTA trade deal with the United States in new talks that began on Sunday, hoping to clear the path for a breakthrough on the toughest issues before upcoming elections.

In six months, negotiators have ground out progress on the technical details of a revamped North American Free Trade Agreement, but made little advance on the most radical demands made by the administration of US President Donald Trump.

Ranging from demands for major changes to automotive content rules and dispute resolution mechanisms, to imposing a clause that could automatically kill NAFTA after five years, the chief stumbling blocks laid by the White House look unlikely to be removed in the latest Mexico City round, officials say.

But if the three negotiating teams manage to iron out remaining differences on areas of broader consensus, officials hope the political leaders will turn their attention to brokering a compromise on the trickiest US proposals.

“I think there’s going to be major progress on the technical issues and major obstacles on the critical issues,” Bosco de la Vega, head of Mexican farm lobby the National Agricultural Council, said of the talks running until March 5.

Once agreement is reached on technical chapters such as state-owned enterprises, barriers to trade and e-commerce, about 10 percent of the modernized accord would eventually be left over for political leaders to work out, de la Vega estimated.

A schedule for the round showed that the discussions would include rules of origin for the first three days, an issue at the heart of the Trump administration’s demand to raise the amount of auto content sourced from the NAFTA region.

Under NAFTA, at least 62.5 percent of the net cost of a passenger car or light truck must originate in the region to avoid tariffs. Trump wants the threshold raised to 85 percent.

“You can’t have a successful negotiation if there’s no change to the rules of origin,” a Mexican official, speaking on condition of anonymity said, adding “it won’t be 85 percent. We’re not sure what the number is going to be.”

Mexico’s Economy Minister Ildefonso Guajardo has said his negotiating team aims to present a proposal on rules of origin, though he has not provided details.

Any final agreement would need to be reached between Trump and auto sector bosses in the United States who oversee the NAFTA region, an industry source close to the process said. 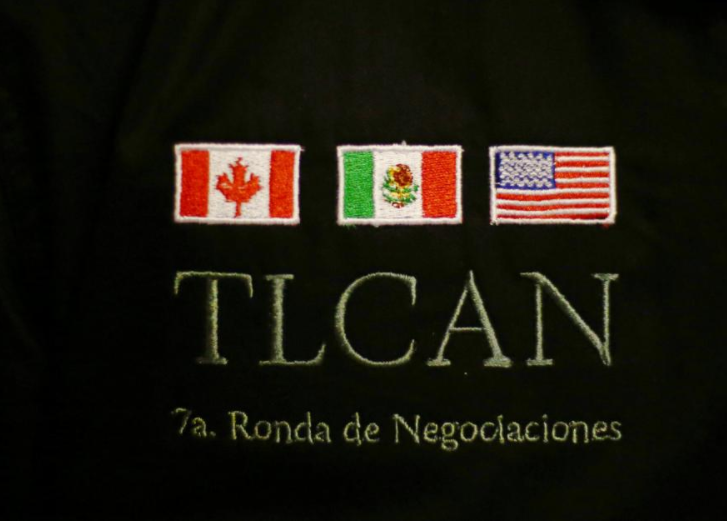 The North American auto industry has pushed back against Trump’s demands, arguing it would damage competitiveness and regional supply chains.

Mexico aims to build on the previous round in Montreal, when Canada floated proposals to address US demands, including one to include costs for engineering, research and development and other items in the total value of an auto.

The schedule showed that several chapters which negotiators have signaled are close to concluding, including e-commerce, telecommunications and energy, are up for discussion towards the end of the round. Financial services will last for three days.

The latest round comes amid flare-ups between Washington and Ottawa and growing, if cautious, optimism in Mexico that the trade agreement will remain.

Talks are running behind schedule and some officials believe the longer they last, the less likely it is that Trump will dump NAFTA, which he has threatened to do if the overhaul of the accord does not benefit the United States.

Negotiators had wanted to wrap up talks by March to avoid them being politicized by Mexico’s July presidential election.

But officials have already raised the possibility that they will run past Mexico’s vote, and some say they could continue at a technical level for several months if necessary.

A US official noted “there has never been a hard deadline”, and among Mexicans following the process, belief is growing that lobbying efforts by US business leaders and politicians to preserve NAFTA has been gaining traction.

The office of Minnesota governor Mark Dayton on Friday published a letter sent this month to US Trade Representative Robert Lighthizer in which he urged him to “preserve and expand market access” under NAFTA, and build on existing ties.

Nevertheless, while pledging to stay in the talks, Canada’s chief negotiator Steve Verheul struck a downbeat tone last week, telling a business audience “there are large gaps between what we’re trying to achieve and what the US is trying to achieve.”