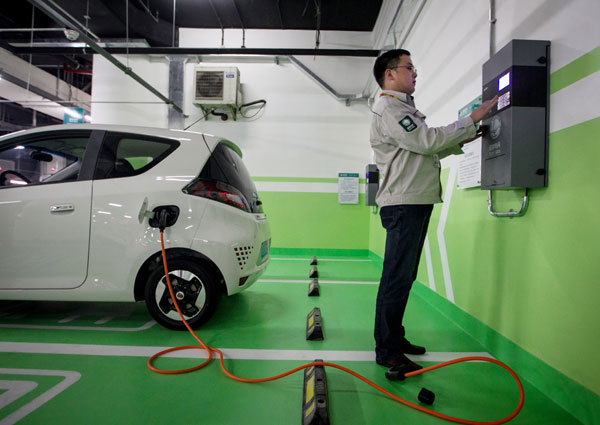 A technician inspects the charging piles, or power ports, in a parking lot before they are put into operation. (Photo: Xinhua)

Battery power/weight requirements for receiving subsidies have also been increased from 90 wh/kg to 105 wh/kg.

In recent years, China has intensified efforts to encourage the use of NEVs to ease pressure on the environment by offering subsidies, tax exemptions and discounts for car purchases.

As the industry now grapples with overcapacity and high inventories, the government has released stricter subsidy rules to press automakers and battery manufacturers to upgrade technology and push forward the NEV industry.

China has remained the world's largest NEV market for three consecutive years, with around 777,000 cars sold in 2017.

The government expects annual NEV output to hit 2 million in 2020 and NEV sales to make up 20 percent of the overall auto market by 2025.