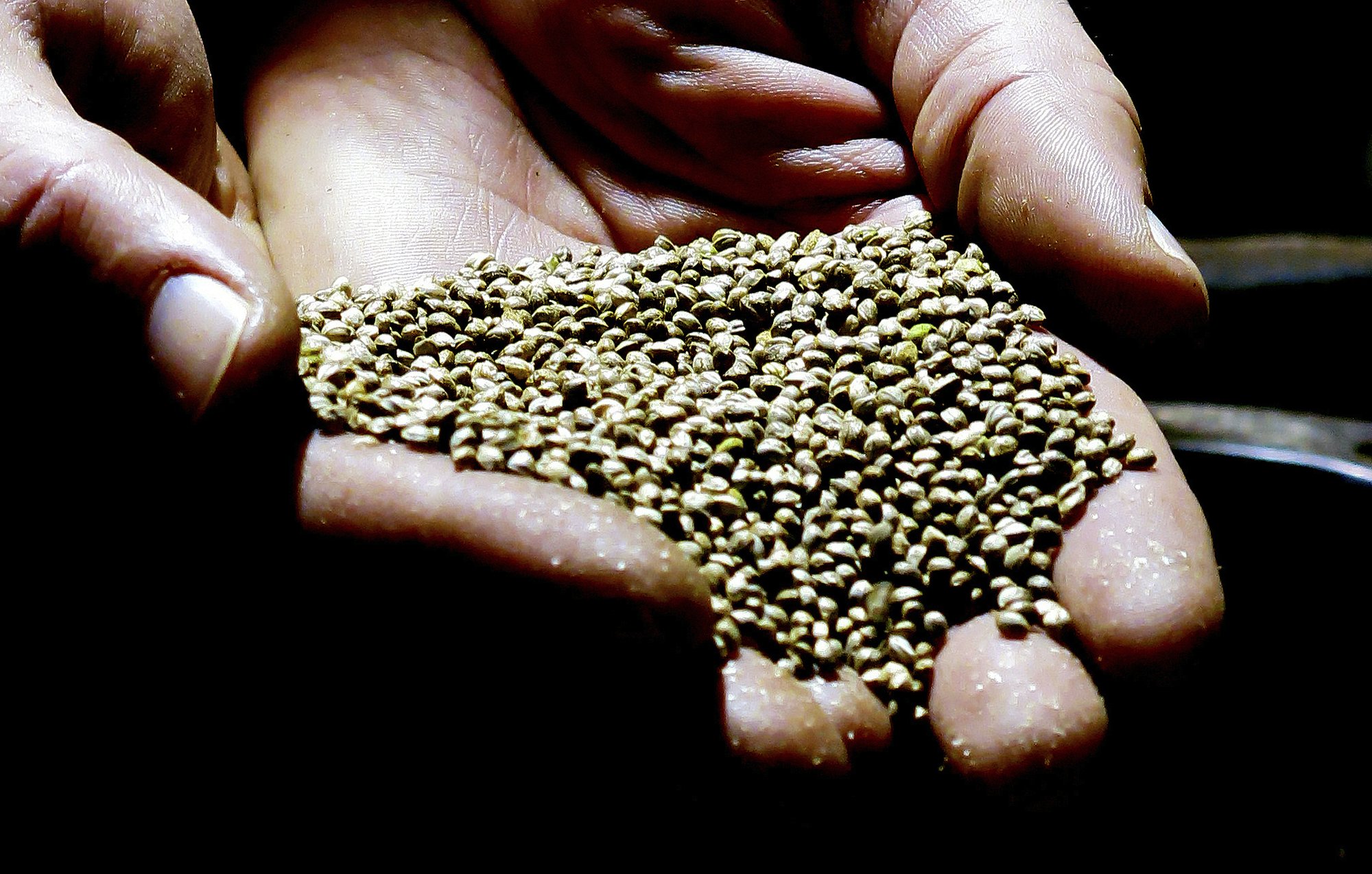 A unit of wheat is a called a bushel, and a standard weight of potatoes is called a century. But hemp as a fully legal US agricultural commodity is so new that a unit of hemp seed doesn’t yet have a universal name or an agreed-upon quantity.

That’s one example of the startling lack of uniformity — and accountability — in an industry that’s sprung up almost overnight since the US late last year removed hemp from the controlled substances list.

A global hemp research lab announced Thursday in Oregon, coupled with a nascent national review board for hemp varieties and a handful of seed certification programs nationwide, are the first stabs at addressing those concerns — and at creating accountability by standardizing US hemp for a global market.

“If you look at a lot of financial markets, they’re all saying, ’People are investing in this, and we have no idea what to divide it by,” said Jay Noller, head of Oregon State University’s new Global Hemp Innovation Center. “We have hemp fiber. What is it? What’s the standard length?”

Oregon State’s research hub will be the United States’ largest and will offer a certification for hemp seed that guarantees farmers the seed they’re buying is legitimate and legal. That’s a critical need when individual hemp seeds are currently selling for between $1.20 and $1.40 per seed — and an acre of crop takes up to 2,000 seeds, Noller said.

Licensed hemp acreage in Oregon, which has an ideal climate for growing the crop, has increased six-fold since last year, earning Oregon the No. 3 spot for hemp cultivation after Montana and Colorado, according to Vote Hemp, which advocates for and tracks the industry in the US.

Four other states — North Dakota, Colorado, Tennessee and North Carolina — also have hemp seed certification programs. Other US universities, such as Cornell in Ithaca, New York, have hemp research programs, but Oregon State’s will be the largest, built on years of hemp research done in test fields in China, Bosnia and Serbia and now at 10 research stations sprinkled across the state. On Thursday, Oregon State researchers began to sow their third crop in a field in Aurora.

The new center dovetails with a greater movement to create a national infrastructure around hemp as the market explodes. Globally, the supply of hemp is less than 10% of the demand, and that’s driving states like Oregon to rush to stake a claim in the international marketplace, Noller said.

Across the US, the number of licensed acres of hemp jumped 204% from 2017 to 2018, according to Vote Hemp. And the market for a hemp-derived extract called cannabidiol, or CBD, is expected to grow from $618 million in 2018 to $22 billion in 2022 as its popularity as a health aide skyrockets.

The US National Review Board for Hemp Varieties will start taking applications in the fall from growers who want to claim credit for specific genetic varieties of hemp. Once growers have secured a unique designation from the board, they can apply for a plant patent with the US government so no other grower can produce that type of hemp.

A meeting in Harbin, China, in early July will bring members of the global hemp industry together to start to hash out critical details such as what to call a unit of hemp seed or the standard length of hemp fiber, Noller said. Other countries, such as China, have been growing hemp for years, but the industry lacks a universal standard countries can apply to trade, he said.

“This is the first time in US history where we have a new crop that’s suddenly gone from prohibited to no longer prohibited,” Noller said. “We have never had something like this.”

Hemp growers like Trey Willison applauded the move toward greater transparency in a booming market.

Some novice farmers are falling prey to seed sellers who are secretly, or even unwittingly, marketing seed that will grow into “hot” cannabis plants, with THC levels too high to market legally as hemp, he said.

Hemp and marijuana are both cannabis plants but have different THC levels. Marijuana, illegal under federal law, refers to plants with more than a trace of THC. Hemp has almost no THC — 0.3% or less under US government standards.

States with hemp programs test for THC in the crops, but do so after the plants are grown and close to harvest. Crops that test over the THC limit for hemp must be destroyed — and farmers with bad seed might not know until it’s too late, Willison said.

In one case last year, an Oregon seed seller marketed seeds on Craigslist as having a 3-to-1 CBD to THC ratio — but unbeknownst to farmers, the THC levels were still too high to be legal, he said. Several farms in Wisconsin, where agricultural hemp was just getting underway, bought the seeds and then went under when the resulting plants tested “hot,” Willison said.

The seeds “look identical, and you can’t tell them apart until four months into the year, when you know something’s wrong,” he said. “A bunch of farms failed, and it originated in Oregon.”

Other sellers are marking up the cost of what he called “garbage seed” as much as 1,000 times, said Willison, who started Unique Botanicals in Springfield, about 100 miles (160 kilometers) south of Portland, after leaving his marijuana-growing business due to a glut of weed in the Oregon market.

“A lot of people say, ‘Is your seed certified?’ and there’s no such thing as certified seed right now. There’s no test, there’s no oversight. ... There’s no proof of where the seed is coming from right now,” he said.

“They’re trying. It’s at the very beginning, for sure, but they are trying to do something about this mess.”