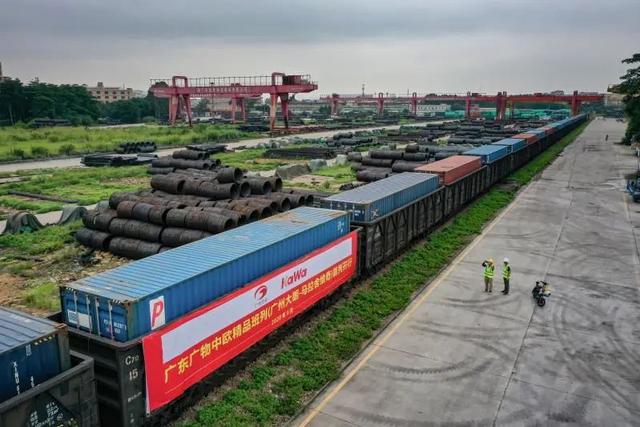 Loading with 82 TEUs of 27.57 tons of international mail, 10.12 tons of cross-border e-commerce goods, 42.88 tons of market-purchased commodities, and other general trade goods, the freight train will leave China via the Horgos Port in northwest China's Xinjiang Uygur Autonomous Region.

The train of the new postal and cross-border e-commerce freight service will pass by Kazakhstan, Russia, and Belarus and is expected to arrive at Malaszewicze in 15 days.

After arrival, the goods will be distributed to 28 European countries and regions such as France, the United Kingdom, and Germany.

As one of the core areas sitting in the Pearl River Delta region, Guangzhou will give full play to the advantage of its convenient multimodal freight services between China and Europe, and devote itself to carrying out pilot B2B export and retail export business of cross-border e-commerce, to help more domestic goods engaging with the global market.