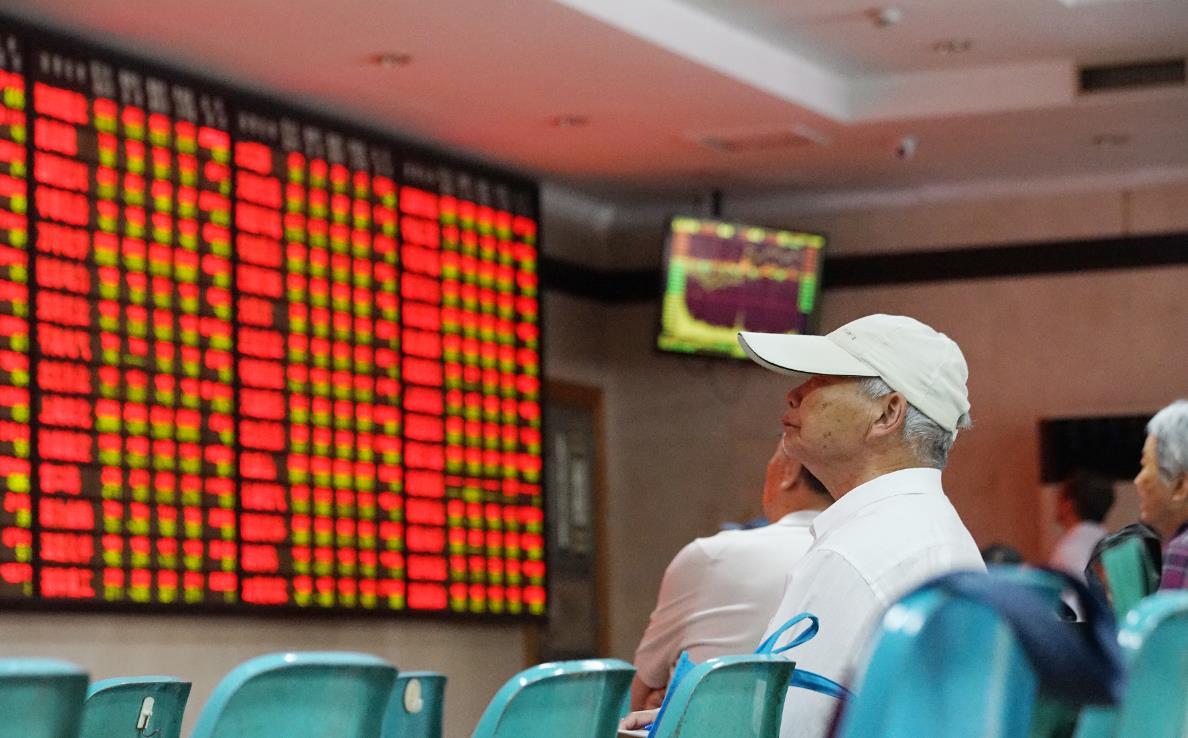 The latest draft revision of the Securities Law will set the legal basis for registration-based reform across the whole A-share market, an indication that deeper market-oriented reforms are in the pipeline, experts said on Monday.

The draft has formulated new share sales arrangements with the aim of implementing the registration-based system across the whole market, according to the Constitution and Law Committee of the National People's Congress, the country's top legislature.

Arrangements regarding the approval-based system were deleted in the draft, while the section of general arrangements on new share sales was merged with the special section for the registration-based system on the sci-tech innovation board, or the STAR Market.

The committee submitted the draft revision to the Standing Committee of the NPC for the fourth review on Monday.

All A-share submarkets, except for the STAR Market in Shanghai, have implemented the approval-based system for new share sales. Policymakers have also said they would speed up the registration-based reform of ChiNext, Shenzhen's innovative enterprise-heavy board.

"The fourth version clarified that the registration-based system will be gradually implemented across all boards of the A-share market, and not merely the STAR Market and ChiNext," said Dong Dengxin, director of the Finance and Securities Institute at Wuhan University of Science and Technology.

"If the draft is adopted, its endorsement of the registration-based system would be the biggest breakthrough and make it the most significant revision of the Securities Law in history," he said.

It could pave the way for deeper and wider market-oriented reforms under the registration-based system, ranging from letting the market decide the pricing and pace of initial public offerings to reducing administrative controls on trading, all conducive to elevating the market's capacity to serve the real economy, Dong said.

The draft said that the State Council, China's cabinet, will decide the scope and steps of the registration-based reform, allowing a flexible and step-by-step agenda of the reform.

Another major change in the fourth version will be the stringent crackdown on illegal behavior in the securities market, as it not only stipulates the confiscation of illegal proceeds but also increased administrative punishments.

For instance, the draft said if a firm indulges in say fraudulent public offerings, and does not issue the securities, it would face fines of between 2 million yuan ($285,000) and 20 million yuan. This contrasts with the currently effective standard between 300,000 yuan and 600,000 yuan.

Individuals responsible for fraudulent offerings will face much higher punishments of between 1 million yuan and 10 million yuan, according to the latest draft.

In February, China's top leadership called for efforts to address the current situation where the costs of legal and regulatory breaches in the financial sector, especially in capital markets, are too low.

Dong said that administrative punishments stipulated in the fourth version, with heavier fines on both institutions and engaged individuals, would be much more effective in deterring legal branches and safeguarding investors' legitimate rights.

The draft also set a general framework of the much-anticipated system for securities class action lawsuits with Chinese characteristics, but details about how the system will work are not disclosed and await further discussions, Dong said.

"The system should focus on mechanisms to encourage small, individual investors－the vast majority of A-share investors－to take the initiative in class action lawsuits," he said.

Liu Junhai, director of the Business Law Center at Renmin University of China, called on introducing punitive damages into the securities legal system, or ordering listed firms and intermediaries that engage in intentional fraudulent conduct to compensate injured investors more than the amount of incurred losses.

This will help ensure the costs of securities legal breaches are higher than induced benefits and boost investor confidence, Liu said.

"Investor confidence is the key to capital market development, while confidence comes with an investor protection legal system that is sound, handy and considerate," he said.

The previous three readings of the revision of the Securities Law took place in 2015, 2017 and April 2019. China's top securities regulator said earlier this year that the authorities are trying to adopt the revision by the end of this year.