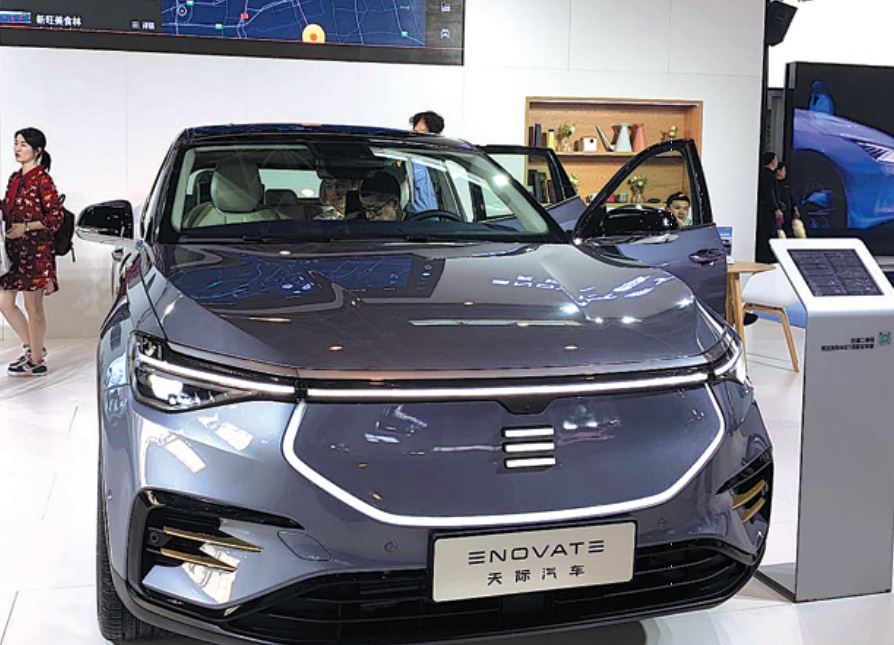 China's Ministry of Industry and Information Technology updated regulations on new energy vehicle companies and NEV products market access on Thursday. Insiders said they expect the move to inject momentum into the country's NEV market and boost the high-quality development of the industry.

Among significant changes, the revised regulations remove requirements of NEV design and development capability as they apply for a market access.

The move means that the market access threshold for NEV startups will be dramatically lowered, which is an important measure to optimize the development of the NEV industry, said Cui Dongshu, secretary-general of the China Passenger Car Association.

It does not mean, though, that the technical threshold for NEV makers will be lowered, Cui noted. Instead, it demonstrates that the focus of market access review will shift from research and development to the strength of production, quality control, aftersales service and safety guarantees.

Deleting the requirements of automakers' design and development capability from the enterprise market access regulations reflects a greater openness, which will be conducive to the introduction of the outstanding NEV enterprises from across the world, Cui said.

With Tesla's entrance into the Chinese market and growth in the world's largest automobile industry, some Chinese NEV start-ups have witnessed a strong momentum in their development and potential. Other automakers that relied heavily on government subsidies have quit the market. Cui said it shows that the "catfish effect" has been successful.

In the future, more overseas automakers may set up their NEV production branches in China. To adapt to the development trend, "we should make sure that our regulations and rules can allow all market players to participate in the country's market competition", Cui said.

Based on previous regulations, any automakers that have stopped production for 12 months or more must get through the production qualification inspection conducted by the Ministry of Industry and Information Technology before resuming production.

The revised regulations released by the ministry on Thursday prolong the production suspension period for another 12 months.

Cui also said that China's NEV market is poised to dash forward into a new period of rapid growth. Although the market fell 20 percent year-on-year in June, the average monthly growth rate of NEVs in the second half of this year will stay in double digits.

Cui's words were echoed by Du Fangci, an advisor to the China Association of Automobile Manufacturers, who said that as China's NEV industry faces new opportunities and challenges, revising regulations on new energy vehicle companies and NEV products market access is of great significance to promote the sound development of the NEV industry.

Yan Jianlai, deputy secretary-general of the China Society of Automotive Engineers, said China's economy needs time to recover after the pandemic but faces great pressure to do so.

Lowering the market access threshold for NEV manufacturers will help attract more capital and enterprises to enter the NEV industry and further stimulate the industry.