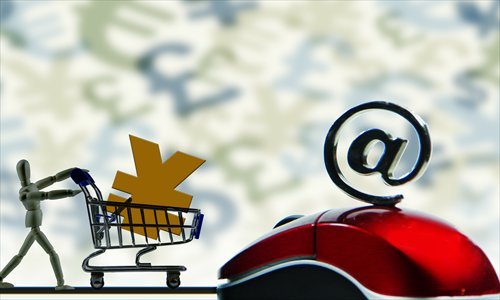 The oversight and management regulations of online transactions, formulated by the State Administration for Marketing Regulation (SAMR), were officially introduced at the evening gala aired by the state broadcaster on the World Consumer Rights Day that was celebrated on Monday this year.

The new rules, scheduled to be implemented on May 1, aim to urge operators of online sales to act in compliance with laws and regulations, protect the legitimate rights and interests of online consumers and foster the continued healthy development of the country's digital economy, the SAMR said in a statement on its website.

According to the National Bureau of Statistics, online sales of physical goods reached 9.76 trillion yuan ($1.5 trillion) in 2020, accounting for 24.9 percent of China's total retail sales.

The new regulations clarify what kind of entities would apply for two types of businesses that are exempt from a documentation process under the e-commerce law, the SAMR explained.

Vendors with a annual transaction volume of less than 100,000 yuan can skip the documentation, while online laundry, housecleaning, barber, tailor, pump and appliance repair services can be defined as convenience service provider.

The new rules clarify the roles, responsibilities and obligations for parties involved in livestreaming e-commerce, a major source of consumer complaints in the past year. The new regulation would request livestreaming platforms to store the livestreaming sales event at a server for at least three years. Operators of e-commerce platforms will be held more accountable and spurred to enhance internal management.

Li Junhui, a professor at the China University of Political Science and Law, told the Global Times on Monday that the new rule announcement is a clear sign that the regulators will strengthen oversight of online transactions, given its rising importance to the Chinese economy, to better protect its consumers and maintain order in the market.

The issue with the forced decision to choose one out of two platforms to control businesses' operational activities also got a special mention in the new rules, which stipulate that the platforms cannot ban or limit the choices of online businesses between multiple platforms, including pulling items from the shelves, blocking stores and raising service fees, or make use of improper means to coerce businesses to only operate in certain platforms.

Also, the SAMR will create a responsibility list this year and ramp up the creation of a national online trading supervision platform, Xinhua News Agency reported on Monday.

The market regulator said consumer complaints have been surging while livestreaming has become a new breakthrough for e-commerce platforms to boost their sales.

The 12315 platform, a hot line telephone number in China that helps consumers with problems with products or services, has received a total of 25,500 complaints specifically linked to livestream sales in 2020, a year-on-year increase of around 357 percent, according to SAMR statistics.