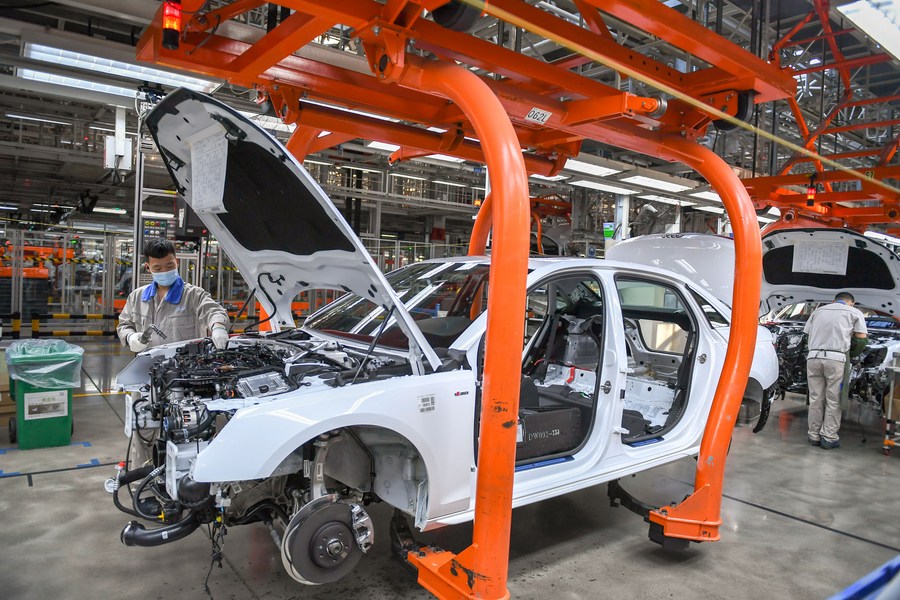 The new technology development center of the FAW-Volkswagen Automotive Co., Ltd. was inaugurated on Monday in Changchun, capital of northeast China's Jilin Province.

The NDC project with a total investment exceeding 1 billion yuan (about 155 million U.S. dollars) consists of test centers of vehicle energy consumption and emission, driving systems, vehicle body components, vehicle safety-crash, and intelligent lighting system, as well as a workshop for the trial production and testing of new energy vehicles.

FAW-Volkswagen is a passenger car joint venture between China FAW Group Co., Ltd., and Volkswagen AG. Established in 1991, the company has five production bases in China. Its sales have exceeded 20 million units since its establishment.