Buying ready-to-cook food online in preparation for the Chinese New Year Eve dinner is becoming trendy in China, according to an annual consumption report released on Friday by Tmall.com, a business-to-consumer retail website run by Alibaba Group. 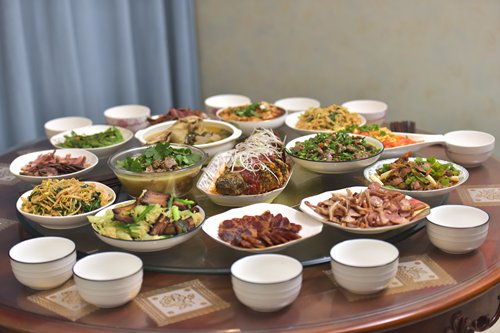 Zhang Yunzhen, a young professional from East China's Shandong Province working in Beijing, told the Global Times on Wednesday that this year, her family plans to have the big dinner at a fancy restaurant. Nonetheless, she bought beverages and snacks online.

"There are simply so many more options online," Zhang told the Global Times.

"I prefer imported snacks and beverages, and it's better value to buy these online," she said.

The trend of shopping online for the festival is especially prominent among people born in the 1980s and 1990s in East China's Jiangsu and Zhejiang provinces and Shanghai Municipality.

Consumers aged from 18 to 34 are the most enthusiastic about shopping online for the festive season.

According to the report, sales of ready-to-cook products are up more than 16-fold compared with last year's festive season.

Older people are also taking part in the new trend.

According to findings of the report, there has been an increase of 172 percent in the number of people aged above 50 ordering fresh vegetables online for the Chinese New Year Eve meal.