BUSINESS New trends to watch for China's economy in 2021

New trends to watch for China's economy in 2021 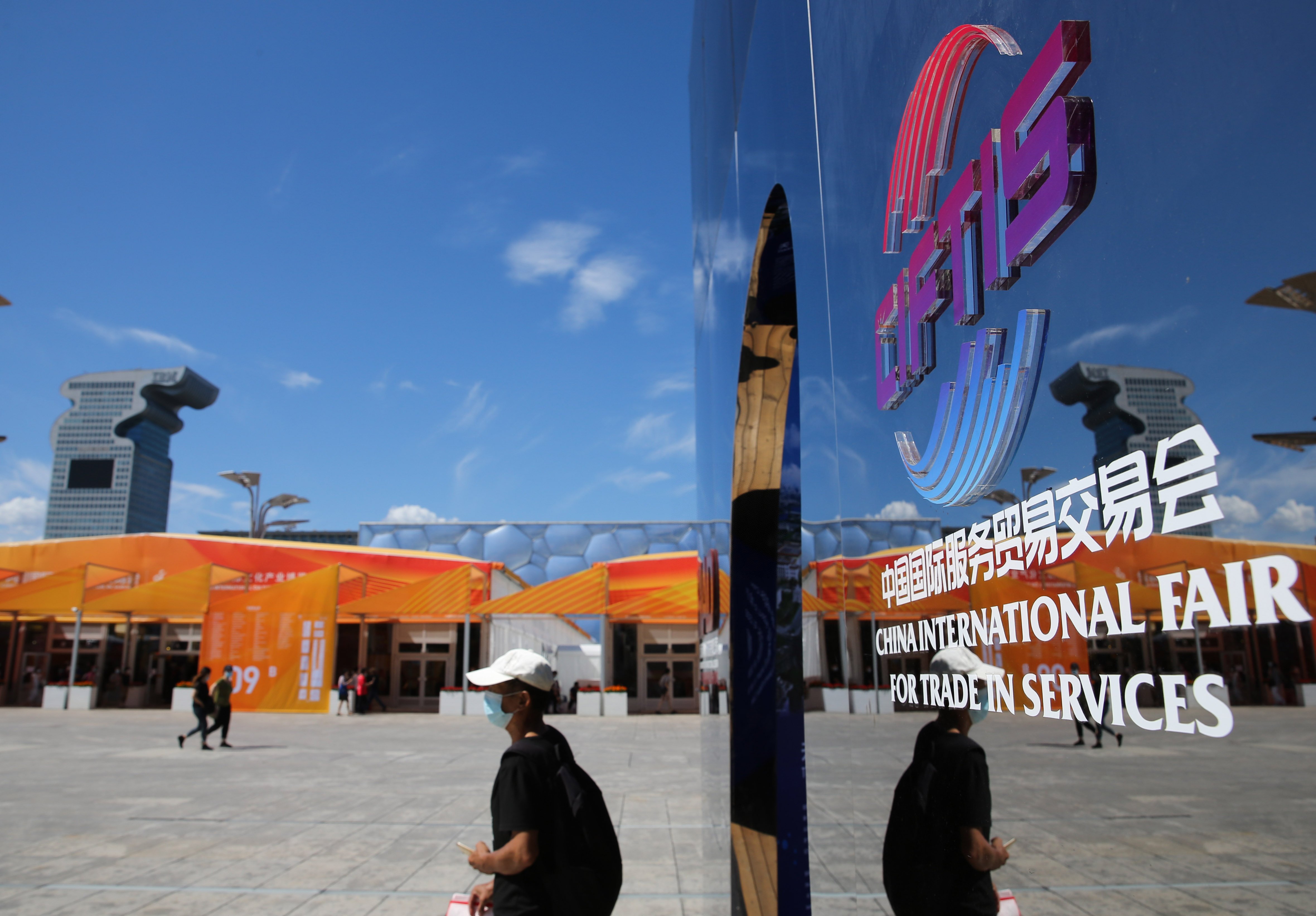 Photo taken on Sept. 9, 2020 shows an exhibition area of the 2020 China International Fair for Trade in Services (CIFTIS) in Beijing, capital of China. (Photo: Xinhua)

Optimism built up in the Chinese market at the beginning of 2021, with its stocks climbing and its currency gaining strength.

The central parity rate of the Chinese currency renminbi, or the yuan, rallied to its highest level since June 2018 to 6.476 against the U.S. dollar Tuesday, as investors stay bullish on the country's economic fundamentals.

"The appreciation of the Chinese currency, backed by domestic economic recovery, is likely to extend into the first half of 2021," CIB Research said.

Led by a strong recovery in consumer demand, China's economy is expected to see a sustained post-pandemic rebound with the help of fine-tuning policies, offering opportunities to the world, analysts noted.

Consumption could emerge as the key growth driver for the Chinese economy in 2021 thanks to further job market recovery, the revival of consumer confidence as well as more policy support, economists predicted.

According to official data, China's consumer spending rebounded sharply from the COVID-19 slump. The retail sales of consumer goods, a major consumption gauge, went up 5 percent year on year in November, recovering from a rare 20.5-percent contraction in the first two months of 2020 and remaining in the expansion range since August.

Employment, an important factor for increasing residents' income and thus boosting consumption, also showed signs of recovery. A total of 10.99 million new urban jobs were created in the first 11 months, completing 122.1 percent of the target set for the whole year.

The trend is expected to continue into 2021. A Morgan Stanley report forecast that the job market would return to pre-COVID levels this year with more jobs available in the contact-based service segments, which will contribute to the revival of private consumption.

The investment bank predicted China's real private consumption growth to jump to 12.4 percent year on year in 2021, playing a larger role in driving growth than exports and infrastructure investment.

Moreover, consumption's role in boosting the Chinese economy is expected to show some structural changes in 2021 and beyond.

China's services areas will have plenty of room to recover this year, especially sectors such as travel, entertainment and education, said Gao Ting, head of research and chief strategist at Nomura Orient International Securities.

"Even from the long-term perspective, the share of consumption in GDP has been rising over the years. I think this trend will continue," Gao said, adding that consumers will spend more on discretionary goods and services.

China has vowed more vigorous measures on expanding domestic consumption in 2021. In a recent interview with Xinhua, Ning Jizhe, deputy head of the National Development and Reform Commission, said that China will further enhance demand-side management and expand domestic demand by tapping the potential in new consumption models.

Efforts should be made to lift some administrative restrictions on purchases, and promote services such as elderly care, childcare, and housekeeping, according to Ning.

China will see its macroeconomic policies "normalize" in 2021 thanks to stimulus measures adopted last year to shore up the epidemic-hit economy, analysts said.

The tapering of policy stimulus is going to be very gradual and measured, said Li Wei, senior China economist with Standard Chartered, adding that the bank expected that the country's total social financing growth would slow from around 15 percent last year to around 10 percent this year.

China will keep its macroeconomic policies consistent, stable and sustainable in 2021, according to the tone-setting Central Economic Work Conference that took place in December.

"We should strive to implement targeted and effective policies, make no sharp turns and pay attention to the ideal timing, extent, and impact of policies," the meeting said.

In line with the decisions made at the meeting, the central bank has vowed to implement a prudent monetary policy that is flexible, precise, reasonable and moderate in 2021, while walking a fine line between boosting economic recovery and preventing risks.

On the fiscal front, Finance Minister Liu Kun has pledged to make fiscal policy more sustainable in terms of expenditure scale and policy strength, and keep the overall government leverage ratio at a stable level to leave policy space for combating future risks and challenges.

"We expect a slower deficit number for this year as the growth in China has largely normalized already," Li said.

At a time when cooperation and coordination are more important than ever, China is expected to continue to open up to the world and safeguard a multilateral trading system.

The efforts on promoting multilateral trading are a great boost to the market sentiments, reflecting that the majority of the global economy continue to support multilateralism, Li said.

Joerg Wuttke, president of the European Union Chamber of Commerce in China, said that the business community is looking forward to the release of the details of the China-EU investment treaty.

"A strong agreement would be a powerful statement to show that constructive engagement can produce results," he said.

Meanwhile, according to the Central Economic Work Conference, China will positively consider joining the Comprehensive and Progressive Agreement for Trans-Pacific Partnership, a move further demonstrating China's commitments to a more open and inclusive growth.

Looking ahead, China is committed to further opening to trade and investment with the implementation of these agreements, which will deepen regional integration, broaden market access and enhance technological innovation, Gao said.