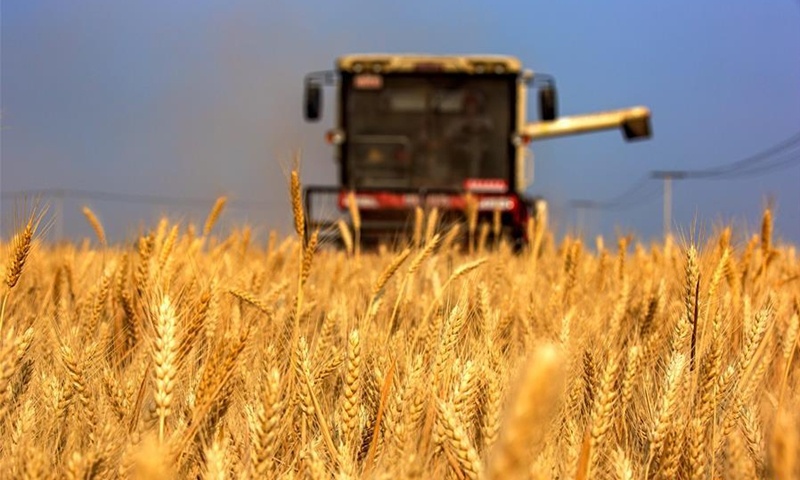 The new variety, which has been evaluated by an expert group, is expected to become a new generation of dominant varieties in China and solve the world's problems.

Wheat scab is a worldwide disease, known as the "cancer" of wheat, which not only causes severe production cut, but also produces toxins that endanger human life and health.

At present, the global genetic resources for resistance to wheat scrab are scarce. The cloned resistance genes FHB1 and FHB7 can only enhance the resistance to scrab, but cannot fundamentally solve the problem, said experts of the evaluation team on Sunday, the Science and Technology Daily reported.

Over the years, wheat scab has been prevalent in the middle and lower reaches of the Yangtze River and the wheat-producing areas between the Yellow River and Huaihe River, affecting an area of more than 100 million mu (6.67 million hectares), accounting for a quarter of China's wheat planting areas, said Guo Wenshan, a professor who heads a wheat expert group under the Ministry of Agriculture and Rural Affairs, on Sunday.

The wheat was developed by the team lead by Gao Derong, director of wheat center at Jiangsu Lixia River Agricultural Academy of Sciences.

Ni Zhongfu, vice president of College of Agronomy at China Agricultural University, said that using the molecular breeding technology to strengthen all kinds of resistance genes polymerization, greatly improves the efficiency of breeding and strain improvement precision, which will promote the development of China's green high-quality wheat. It is of great significance to ensure the safety of seed industry and food security in China.