BUSINESS New WTO head may be shadowed by US unilateralism: expert

New WTO head may be shadowed by US unilateralism: expert 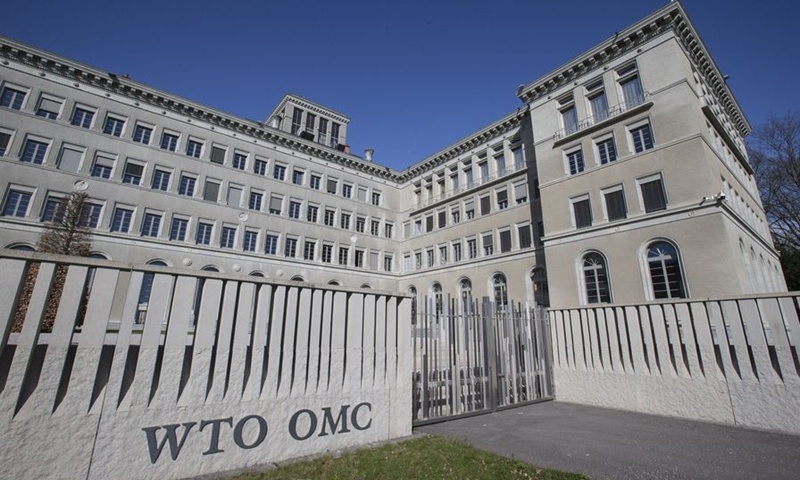 Former Nigerian finance minister Ngozi Okonjo-Iweala, who is reportedly in a good position to be the next WTO chief, supported by Japan and the EU, will face unprecedented challenges of rising trade protectionism and pressure from the US' unilateralism if elected, an expert said.

The majority of the EU's member states have agreed to support Okonjo-Iweala to be the next director-general of the WTO, Bloomberg reported.

Separately, the Japan Times reported that Japan plans to support the Nigerian nominee against South Korean nominee Yoo Myung-hee, who is currently the country's trade minister.

Li Yong, deputy chairman of the Expert Committee of the China Association of International Trade, told the Global Times on Wednesday that there is a strong possibility that Okonjo-Iweala will become the next WTO chief, as the stances of Japan and the EU represent those of many other WTO members.

China and the US haven't stated preferences. He Weiwen, an executive council member of the China Society for World Trade Organization Studies, told the Global Times that each candidate has advantages: Okonjo-Iweala has rich international experience, while Yoo has more professional experience in the global trade sector.

As for rising tensions between China and the US, and the role China would play in global governance, she told reporters during the New Economy Forum held in Beijing last November that it's inevitable that there are tensions in governance, since China contributes about 25 percent of global growth and developing countries contribute at least two-thirds of global growth.

Amid WTO reforms, changes in the international economic order in the context of the global pandemic, rising protectionism, and a trade war initiated by the US, the new WTO head - whoever it may be - will face grave challenges, experts noted.

"The new WTO chief should be able to fairly rule over member countries' trade disputes in a bid to maintain the multilateral trade system," Li said, noting that Okonjo-Iweala's US citizenship may expose her to US pressure.

The Trump administration has railed against the WTO for years. Since 2018, US President Trump has been threatening to pull the country out of the WTO in search of global standards and rules that would be more favorable to the US.

The WTO found in September that the US tariffs imposed on more than $200 billion worth of Chinese products under its so-called Section 301 domestic trade act breached global trading rules, dealing a major blow to the Trump administration.