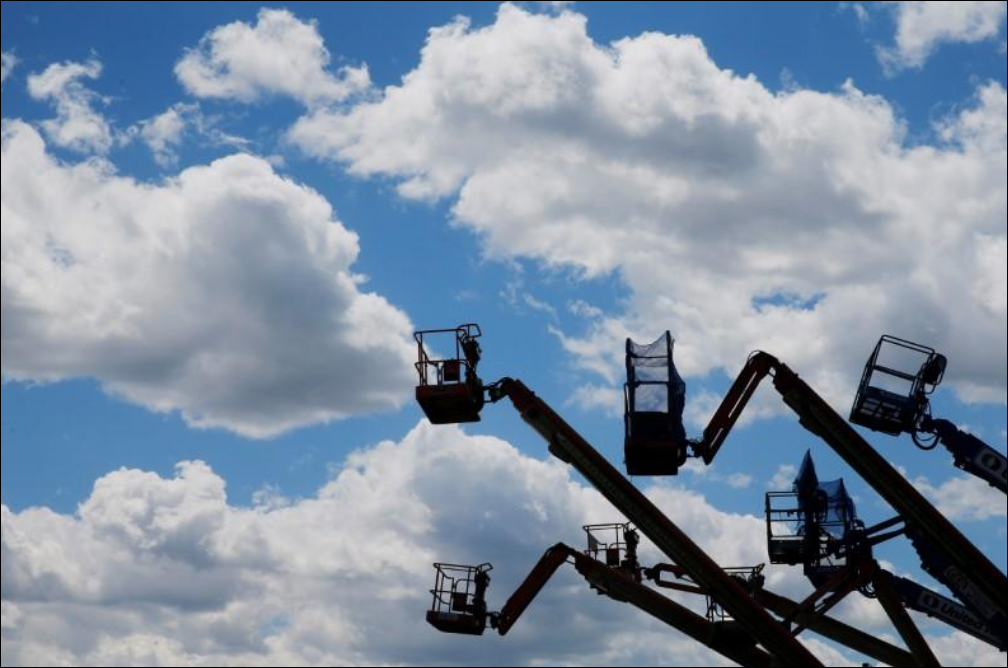 Construction lifts are parked near the Drydock Center in Boston, Massachusetts, US, June 2, 2017.(Photo: Reuters)

The US economy is likely growing at a 2.98 percent annualized pace in the second quarter, slower than the 3.08 percent pace estimated last week following an unexpected fall in industrial output in May, the New York Federal Reserve’s Nowcast model showed on Friday.

It pared its projection on gross domestic product in the third quarter to 2.84 percent from prior week’s 2.89 percent, according the N.Y. Fed GDP program.