Manufacturing activity in New York state fell to its lowest level since 2009 and the outlook for the months ahead also collapsed, according to the New York Federal Reserve Bank's monthly industry survey. 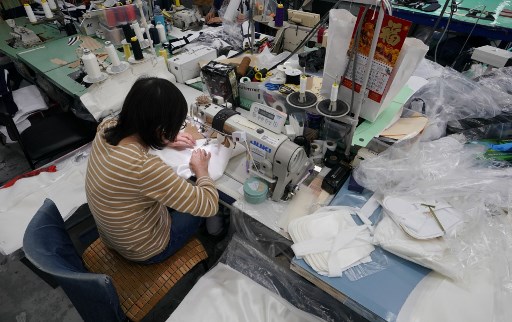 A worker uses a sewing machine at Ferrara Manufacturing, a company founded more than 30 years ago in the Garment District of New York City, on January 16, 2020. (Photo: AFP)

The Empire State manufacturing index plunged 34 points to -21.5, the biggest point drop and lowest level since the year after the global financial crisis erupted, according to the statement.

In addition, the New York Fed survey showed, "Firms no longer expect general business conditions to be better over the next six months."

The index for future business conditions declined 22 points to 1.2, also the lowest level since 2009.