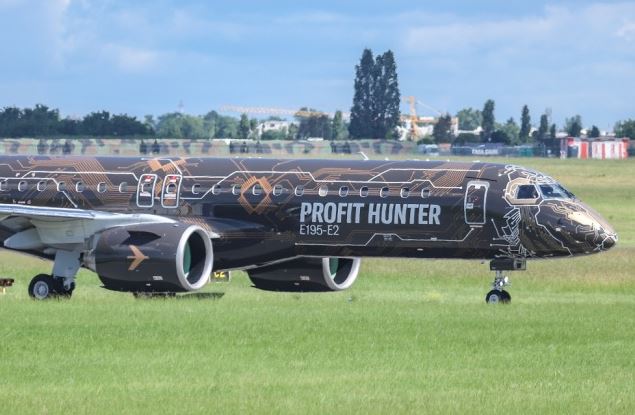 Brazilian Embraer's newest aircraft E195-E2 with a "TechLion" outfit has made its first stop in China's southeastern city Xiamen since kicking off its global demo tour on Monday.

Guan Dongyuan, Senior Vice President of Embraer and President of Embraer China, says the passenger volume of China Civil Aviation continued to grow at a double-digit rate in 2018, thanks to the growing demand from the country's second and third-tier cities. In addition, China has introduced a series of favorable policies to support airline development.

"We're proud to keep pace with the growing industry, leading the regional market here with a nearly 70% share. Today, eight airlines operate 105 Embraer commercial aircraft in Greater China and Mongolia, which laid a solid foundation for adding the E2s to the market" said Guan.

Earlier in April, the aircraft has received type certification from global major regulatory authorities, including the Brazilian Civil Aviation Agency, US Federal Aviation Administration and European Aviation Safety Agency. The new aircraft will be put into service in Brazil's Azul Linhas Aéreas Brasileiras S.A. in the second half of this year.

Since Embraer was founded in 1969, it has delivered over 8,000 aircraft in the global market.