BUSINESS Nike, Adidas taken off from appstores in China

Nike, Adidas taken off from appstores in China 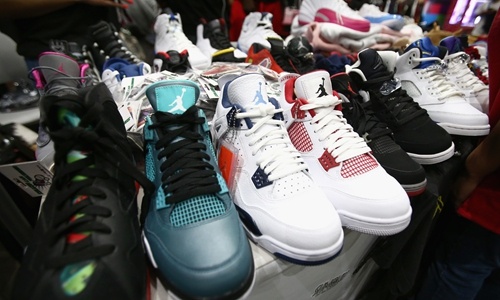 Nike and Adidas have been taken down from several appstores in China on Monday, including the ones on Huawei and Xiaomi phones, after the sportswear brands raised controversies in China making statements connected to the banning of cotton from Northwest China's Xinjiang Uygur Autonomous Region.

A spokesperson from Chinese phone maker Xiaomi confirmed to Global Times on Monday that the Nike and Adidas apps, as well as their advertisements were taken down from the Xiaomi appstore, but refused to disclose any details as to why they were taken down.

The sportswears' apps were also found to be taken down from the appstores in Huawei's phones.

Last Thursday, the day after Swedish clothing company H&M triggered a thundering condemnation by Chinese netizens over its ill-intended ban on Xinjiang cotton, both the sportswear brands said that they do not source products or yarn from Xinjiang through statements, quoting the so-called forced labor and human rights abuses.

The brands later were caught up by backlash on China's social media, where some users said they would boycott Adidas and Nike and will support local brands.

The Chinese market is becoming the single most important markets for Nike and Adidas, especially during sluggish global consumption amid the COVID-19 pandemic.

Adidas also discloses in its 2020 annual financial report that although its total sales dropped globally, the brand's 1 percent positive Asia-Pacific growth was driven "by a strong recovery in Greater China," in which sales were up 7 percent.