BUSINESS Nike's plan for better-fitting kicks: Show us your feet

Nike's plan for better-fitting kicks: Show us your feet

Nike wants to meet your feet. 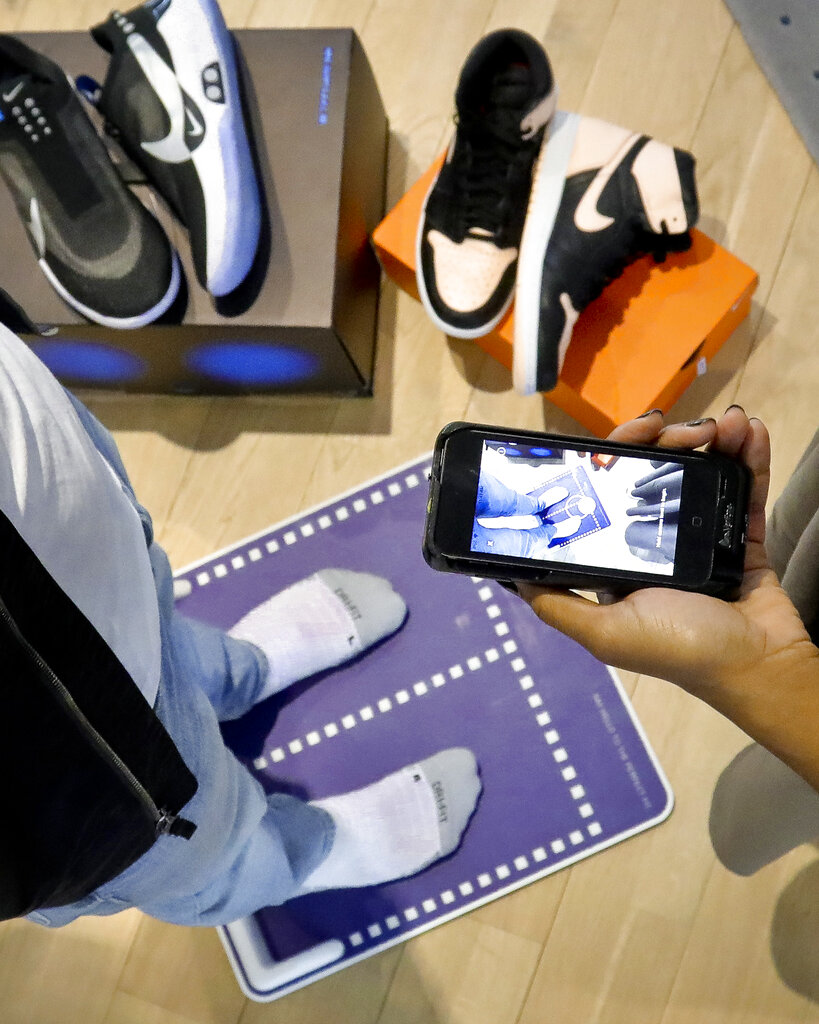 Nike officials demonstrate the company's foot-scanning tool on its app that will measure and remember the length, width and other dimensions of customers' feet after they point a smartphone camera to their toes, Wednesday April 24, 2019, in New York. (Photo: AP)

The sneaker seller will add a foot-scanning tool on its app this summer that will measure the length, width and other dimensions of customers' feet after they point a smartphone camera to their toes. The app will then tell shoppers what size to buy each of its shoes in, which Nike hopes will get you in the right fit and cut down on costly returns as it seeks to sell more of its goods through its websites and apps.

But Nike will also get something it has never had before: a flood of data on the feet of regular people, a potential goldmine for the shoe maker, which says it will use the information to improve the design of its shoes. Nike mainly relies on the feet of star athletes to build its kicks.

"Nikes will become better and better fitting shoes for you and everyone else," says Michael Martin, who oversees Nike's websites and apps.

Nike won't sell or share the data to other companies, Martin says. And he says shoppers don't have to save the foot scans to their Nike accounts. But if they do, they'll only have to scan their feet once and Nike's apps, websites and stores will know your dimensions every time you need to buy sneakers. Workers at Nike stores will also be equipped with iPods to do the scanning, replacing those metal sizing contraptions.

The challenging part for Nike is convincing people they need to measure their feet in the first place. Most think they already know what their shoe size is, says Brad Eckhart, who was an executive at shoe store chain Finish Line and is now a principal at retail consultancy Columbus Consulting,

But Nike says it gets half a million complaints a year from customers related to fit and sizing. And it admits what many shoppers have already suspected: Each of its shoe styles fit differently, even if they are in the same size. A leather sneaker may be tighter and require a bigger size. Knit ones may be more forgiving. And shoelaces can throw everything off.

Shoe size is "effectively a lie," says Martin. "And it's a lie that we've perpetuated."

Matt Powell, a sports industry analyst at NPD Group Inc., says the tool might be most valuable for people want to run or play basketball in their sneakers, since the wrong fit can cause injury. But Powell says most people buy sneakers just to walk around in.

Still, finding the right size is a problem for shoppers: "There really is no industry standard for what is a size 10," Powell says.