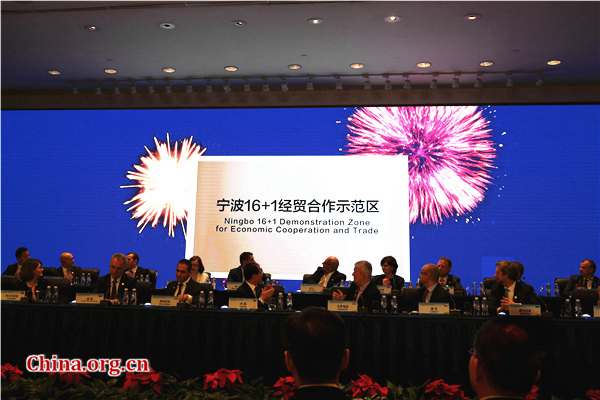 At the press conference for the Third Ministerial Conference of China-CEEC on Promoting Trade and Economic Cooperation, China's vice minister of commerce Fu Ziying said that the demonstration zone now officially under construction will enrich cooperative achievements and set up a model for other cities to cooperate with the CEE countries in commerce and trade.

According to Fu, the ministerial representatives in attendance shared insights and reached extensive consensus on pragmatic cooperation in areas from trade, investment and infrastructure connectivity to production capacity, finance and e-commerce.

China also launched initiatives on e-commerce and service trade cooperation, as well as a new communication mechanism for China-CEEC economic and trade officials, so as to strengthen coordination, Fu said, adding that the CEE countries are fully supportive of the initiatives.

China and the CEE countries discussed establishing dedicated platforms for the cooperation of small- and medium-sized companies and for the e-commerce, digital economy and intelligent industries, as well as a customs coordination center. Fu announced plans for the regular release of a "16+1 economics and trade" white paper as well.