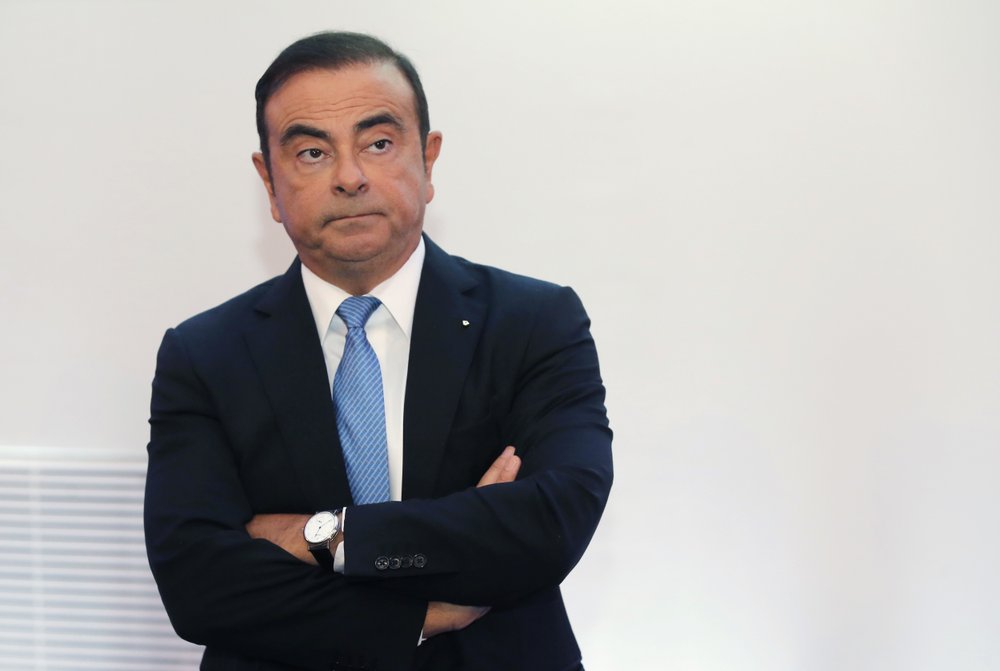 Renault and Nissan's Chairman Carlos Ghosn listens during a media conference outside of Paris, France on October 6, 2018. (Photo: AP)

Ghosn, prior to his arrest, was questioned Monday by the Tokyo District Public Prosecutors Office on suspicion of under-reporting his corporate salary, with investigators believing Ghosn may have filed corporate financial statements and entries that were several hundreds of millions of yen (several millions of US dollars) less than actual earnings, in violation of Japan's Financial Instruments and Exchange Law.

While saying it will fully cooperate with the prosecutors' investigation of Ghosn, Nissan has said that it will propose dismissing Ghosn as chairman at a board meeting among multiple "serious misconducts," and believes the undeclared earnings were used for personal reasons by Ghosn.

Greg Kelly, a member of the board, was also arrested Monday on allegations of violating Japan's Financial Instruments and Exchange Law and Nissan has indicated Kelly will also be dismissed for his involvement in improper financial practices.

Ghosn's improprieties, according to Nissan, came to light several months ago following a whistleblower reporting the chairman's misconduct.

In 1999, Ghosn became Nissan's chief operating officer and was charged with boosting the at-the-time ailing automaker's market and profit margins, under a capital alliance with Renault.

In 2000, Ghosn was promoted to president of Nissan and turned the automaker around through cost-cutting and restructuring measures, including the closure of some of the firm's plants.

Ghosn, a French citizen who was born in Brazil, became CEO in 2001 and convinced shareholders he would stay with the automaker until it had been fully rehabilitated.

Continuing with his aggressive cost-cutting and streamlining measures, he became Renault's CEO in 2005 and advocated for joint procurement and development under the Nissan-Renault alliance.

Nissan's headquarters in Tokyo's neighboring Yokohama were raided by the Tokyo District Public Prosecutors' Office for evidence related to the allegations against Ghosn.

A spokesperson for Nissan Motor said of the matter that "We are currently checking the facts."