The newly tapped executives to strengthen corporate governance at Nissan promised to turn the Japanese automaker's ailing business around but said Wednesday that extensive job cuts designed to drive a recovery are also coming. 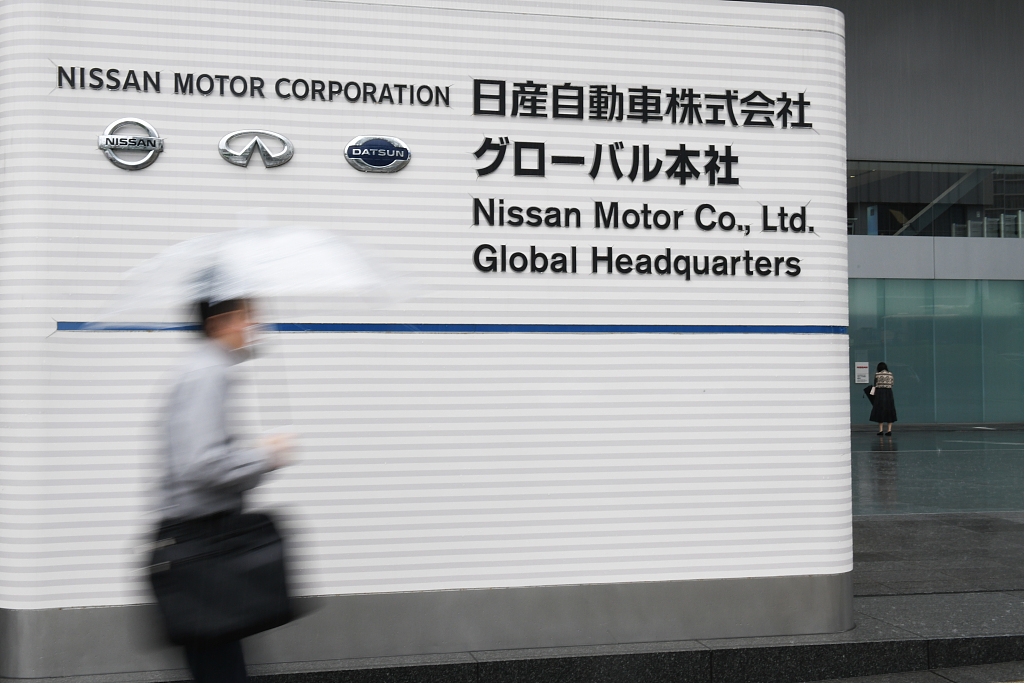 A pedestrian walks past the logos of Nissan Motor Co., from left, Infiniti and Datsun at the Nissan headquarters in Yokohama, Japan, on Tuesday. (Photo: VCG)

Nissan's brand image has been battered by the financial wrongdoing scandal of former Chairman Carlos Ghosn, who is awaiting trial in Japan.

Motoo Nagai, a former banker and a new outside director overseeing audit, told reporters Wednesday the job cuts will be announced this week under a new scenario to drive growth.

Japanese media have reported Nissan Motor Co. will slash 10,000 jobs. Nagai did not give details.

"This is not a simple job reduction but designed for a big jump," he told reporters at the company's Yokohama headquarters.

Ghosn, who led Nissan for two decades, is awaiting trial on allegations of under-reporting future compensation and having Nissan shoulder his investment losses. He has repeatedly said he is innocent.

Nissan restructured its management in March, adding outside directors, after Ghosn was arrested in November. The directors' appointments to head various governance committees, to oversee compensation, nomination and audit, won shareholders' approval in June.

The directors have said that the concentration of power in Ghosn led to the wrongdoing and have acknowledged that governance checks at Nissan had lagged. But they stressed that their efforts had just begun.

"We need to set up a solid corporate governance structure but also make sure it is put it into practice," said Yasushi Kimura, chairman of the board, stressing that transparency and fairness were critical. Kimura previously served as a consultant at an oil company.

Nissan's financial results have tumbled since the Ghosn scandal. The company, based in the port city of Yokohama, reports its fiscal first quarter earnings on Thursday.

The directors acknowledged that Nissan's U.S. operations suffered from a mistaken strategy that pursued maximizing sales volume, relying on incentives and fleet sales, or rentals.

The company's relationship with Renault also has been questioned in the absence of Ghosn, as he was sent by Renault to help turn around Nissan in the late 1990s and had worked to bring together the alliance.

Ghosn was released on bail in April after spending 130 days in detention. It's unclear when his trial will start as it is common in Japan for trial preparations to take many months.