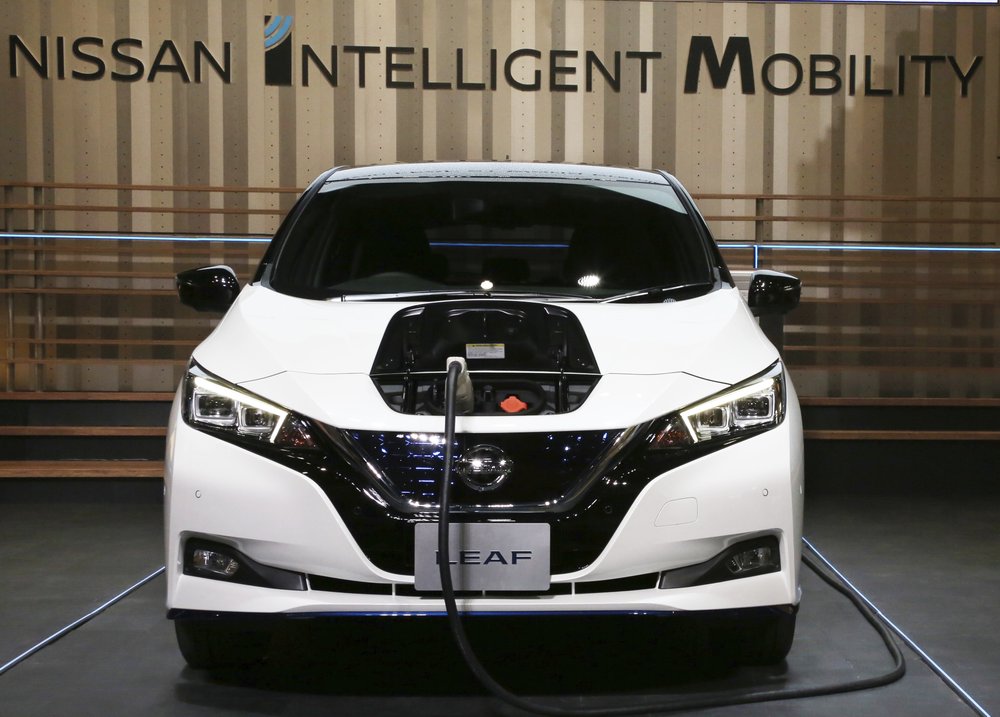 Nissan is showing the beefed up version of its hit Leaf electric car as the Japanese automaker seeks to distance itself from the arrest of its star executive Carlos Ghosn.

The unveiling Wednesday at Nissan Motor Co.'s Yokohama headquarters, southwest of Tokyo, had been postponed when Ghosn was arrested Nov. 19.

Ghosn has been charged with underreporting his income. Tokyo prosecutors have extended his detention through Friday, adding breach of trust allegations.

The Tokyo District Court rejected Wednesday the protest filed by Ghosn’s lawyers on his prolonged detention. The lawyers have said they will appeal to a higher court.

Ghosn made his first public appearance since his arrest Tuesday, and denied each allegation in the Tokyo District Court. The Leaf was among the achievements for Nissan that Ghosn highlighted in his statement to the judge.

The new 4.16 million yen ($38,000) Leaf e+ is about the same size as the model on sale, but gets more power and cruise range. The best-selling electric car competes against Tesla models and General Motors’ Bolt.

The Leaf e+ gets faster acceleration and has more torque than the older model and offers 40 percent more range at 458 kilometers (285 miles) per charge, as measured under Japanese regulations, compared with the old model’s 322 kilometers (200 miles).

It goes on sale in Japan later this month, and rolls out in the US in spring 2019, and in Europe by mid-2019, Nissan said in a statement.

Nissan Executive Vice President Daniele Schillaci said the new model was offering customers more power and range, noting that it was "now more convenient and appealing than ever".

More than 380,000 Nissan Leaf vehicles have been sold globally since its 2010 debut, a tiny fraction of the overall auto market. But many nations such as China are bullish about electric vehicle technology as it allows newcomers in the industry a big chance to succeed.

It is also an ecological technology and can be greatly boosted by government policies.

Although Nissan as a legal entity has also been charged with the underreporting of income, no other executive besides Ghosn and Greg Kelly, an American accused of collaborating on the underreported income, have been arrested.

Kelly is out on bail since last month. He has not been suspected of breach of trust.

Prosecutors say Ghosn, a Brazilian-born Frenchman of Lebanese ancestry, is a flight risk.

Bail is harder to get for breach of trust than falsifying financial reports, according to his lawyers. Prosecutors tend to think the suspect may collude with others or tamper with evidence, they said.