BUSINESS No big effect from rushed shipments in China: official

No big effect from rushed shipments in China: official

Some Chinese companies have been rushing shipments or increasing short-term orders for fear of additional US tariffs, but this is not the mainstream and will not impact the stable and healthy development of China's foreign trade, a Chinese commerce official said on Thursday. 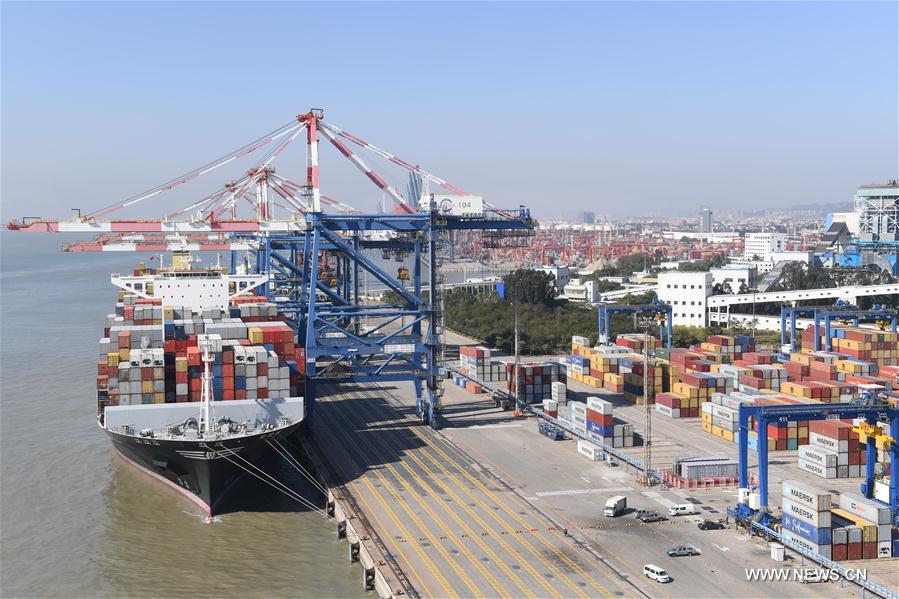 Gao Feng, spokesperson for the Ministry of Commerce (MOFCOM), made the comments at a press briefing in response to questions about whether the rushed shipments had contributed to China's stable foreign trade growth in May.

China's import and export volume totaled 2.53 trillion yuan ($395 billion) in May, up 8.6 percent year-on-year and 1.5 percentage points faster than the previous month, data from the National Bureau of Statistics (NBS) showed on Thursday.

The stable and relatively fast growth of foreign trade is based on various factors, including a rebound in international market demand and the increasing competitiveness of China's foreign trade, according to Gao.

The Chinese government has also put an emphasis on increasing imports.

The State Council, the country's cabinet, decided at a meeting on Wednesday that more support will be given to importing daily consumer goods, medicine and nursing and rehabilitation items, and taxes on these goods will be cut.

Some have said that expanding imports will reduce net exports and drag down China's economic growth, but NBS spokesperson Mao Shengyong said at a press conference on Thursday that it will also drive domestic consumption, investment and even exports.

From the performance of China's economic indexes, no external shock to China's economy has been noticed, Mao said, adding that the US should meet China halfway and carry out down-to-earth talks in order to solve the dispute.

The US Federal Reserve announced an interest rate hike on Wednesday (US time), bringing its benchmark rate to a range of 1.75 percent to 2 percent.

Based on previous experience and the current situation, the US' move is not likely to have much influence on China's economy in the short term, Mao said.

As for the second half of 2018, Mao said that China's foreign trade is expected to maintain a stable and improving trend.

"Although external uncertainty, imbalance and instability have increased, the global economic recovery, including global trade expansion, has great potential," Mao said, adding that he is confident China's economy can achieve growth of 6.5 percent this year.