BUSINESS No challenge will hold back China's development: white paper

No challenge will hold back China's development: white paper

BEIJING, June 2 (Xinhua) -- No challenge will hold back China's development, though its development may not be all smooth sailing, and difficulties or even perils are inevitable, a white paper said on Sunday. 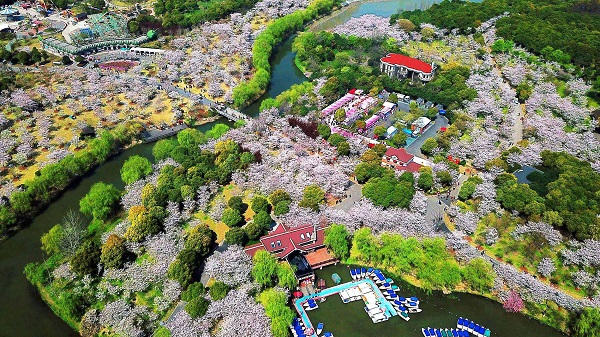 Whatever the future might bring, China is confident of meeting challenges head on, turning risks into opportunities, and opening new chapters, said the white paper titled China's Position on the China-US Economic and Trade Consultations, released by the State Council Information Office.

China remains committed to its own cause no matter how the external environment changes. The fundamental solution to economic and trade tensions is to grow stronger through reform and opening up, it said.

With the enormous demand from the domestic market, deeper supply-side structural reform will comprehensively enhance the competitiveness of Chinese products and companies, it said.

The country still has sufficient room for fiscal and monetary policy maneuvers. China can maintain sound momentum for sustainable and healthy economic development, and its economic prospects are bright, according to the white paper.

Stressing that China will continue to deepen reform and opening up, the white paper said China's door will not be closed; it will only open even wider.

In his keynote speech at the opening ceremony of the Second Belt and Road Forum for International Cooperation, President Xi Jinping announced that China would adopt a number of major reform and opening up measures, strengthen institutional and structural arrangements, and promote opening up at a higher level.

The measures to be taken include expanding market access for foreign investment in broader areas, strengthening international cooperation on intellectual property protection, increasing imports of goods and services, implementing more effective international coordination on macro-economic policies, and putting more focus on the implementation of opening up policies.

A more open China will have more positive interactions with the world, which in turn will advance the development and prosperity of both China and the world, said the white paper.