Nissan wasn't consulted on the proposed merger between its alliance partner Renault and Fiat Chrysler, but the Japanese automaker's reluctance to go along may have helped bring about the surprise collapse of the talks. 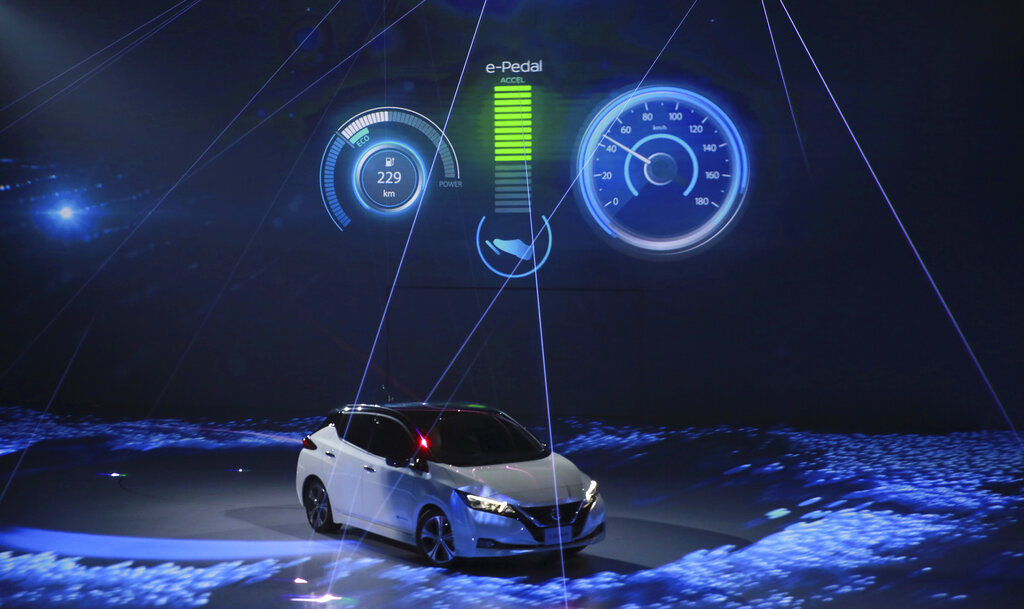 In this Sept. 6, 2017, file photo, Nissan's new Leaf electric vehicle is unveiled during the world premiere in Chiba , near Tokyo. (AP)

While Nissan Motor Co. had a weaker bargaining position from the start, with its financial performance crumbling after the arrest last year of its star executive Carlos Ghosn, it still had as its crown jewel the technology of electric vehicles and hybrids that Fiat Chrysler wanted.

The board of Renault, meeting Thursday, didn't get as far as voting on the proposal, announced last week, which would have created the world's third biggest automaker, trailing only Volkswagen AG of Germany and Japan's Toyota Motor Corp.

Although analysts say reviving the talks isn't out of the question, they say trust among the players appears to have been broken.

"The other companies made the mistake of underestimating Nissan's determination to say, 'No,' " said Katsuya Takuechi, senior analyst at Mitsubishi UFJ Morgan Stanley Securities in Tokyo.

Renault and Fiat Chrylser highlighted possible synergies that come from sharing parts and research costs as the benefits of the merger. But what Fiat Chrysler lacks and really wanted was what's called in the industry "electrification technology," Takeuchi said.

With emissions regulations getting stricter around the world, having such technology is crucial.

Its Note, an electric car equipped with a small gas engine to charge its battery, was Japan's No. 1 selling car for the fiscal year through March, the first time in 50 years that a Nissan model beat Toyota and Honda Motor Co. for that title.

Nissan is also a leader in autonomous-driving technology, another area all the automakers are trying to innovate.

"Although Nissan had no say, its cautionary stance on the merger ended up being very meaningful," Takeuchi said.

Nissan has long resisted pressures from Renault for a full merger, and Japanese media reported that Renault had likely hoped its lobbying power would be boosted, if it had merged with Fiat Chrysler.

But the collapse of the talks with Fiat Chrysler might mean Renault would merely focus even more on a merger with Nissan, the Asahi newspaper said Friday.

Nissan Chief Executive Hiroto Saikawa told reporters late Thursday that he wanted time to find out what the Fiat Chrylser-Renault merger might mean for Nissan, calling it "moving to the next stage." He reiterated his reservations about a full merger with Renault, stressing Nissan must turn its business around first.

Fiat Chrysler cited "political conditions in France" for withdrawing its offer to Renault.

The French government said it had placed four conditions on the deal, and getting support from Nissan was the condition that wasn't met.

The other conditions were to preserve French jobs and factories, respect the governance balance between Renault and Fiat Chrysler, and ensure participation in an electric battery initiative with Germany.

Michelle Krebs, executive analyst at Autotrader in Detroit, acknowledged the proposed giant alliance had been complex.

"No one ever expected it to be a cake walk to negotiate or execute," she said. "The only surprise is that it ended so soon."