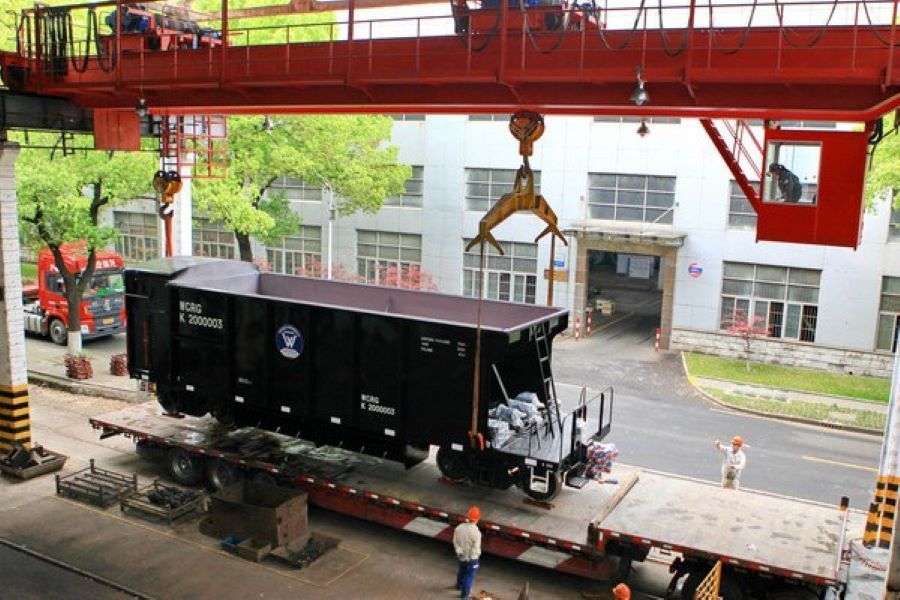 Railway hopper cars produced by CRRC in Changzhou, Jiangsu province are packed and ready to be transported to Guinea, a country along the Belt and Road, on April 27, 2020. (Photo: Sipa)

China's non-financial outbound direct investment increased 0.7 percent year-on-year to 235.08 billion yuan ($33.08 billion) in the first four months of the year, according to the Ministry of Commerce on Wednesday.

From January to April, Chinese companies invested $5.23 billion in 53 economies related to the Belt and Road Initiative, up 13.4 percent on a yearly basis and accounting for 15.6 percent of the country's total ODI during the same period. The ODI to ASEAN economies stood at $3.94 billion, a year-on-year increase of 43.3 percent.

The ministry said China's ODI mix continued to diversify in the first four months this year, with investment mainly flowing into sectors like leasing and business services, wholesale and retail as well as manufacturing, accounting for 37.4, 17.4 and 13.8 percent, respectively. The first two categories saw yearly investment increase of 40.4 percent and 96 percent, respectively. While investment in manufacturing fell 32 percent compared with last year. ODI to scientific research and technology services, as well as farming, forestry, animal husbandry and fisheries, surged by 69.6 percent and 50 percent year-on-year, respectively.

Chinese companies signed 230 project deals with contract value of over $50 million in the first four months. The total value for these projects reached $53.8 billion, accounting for 82.2 percent of total value among newly signed deals.