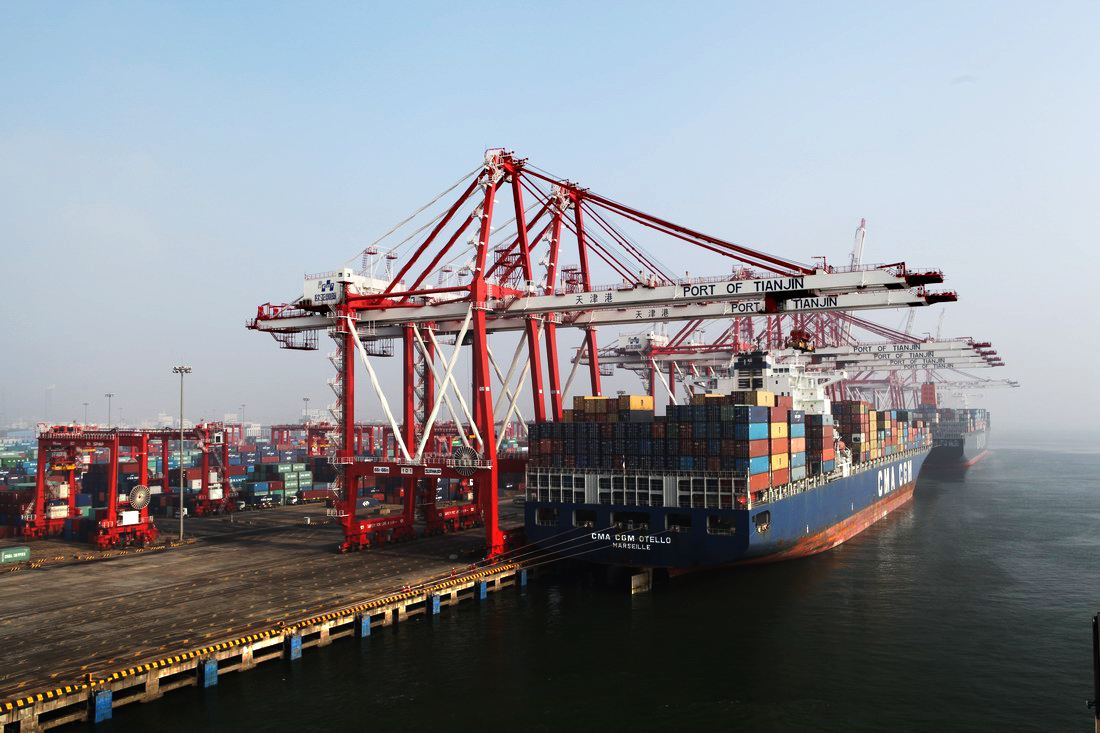 TIANJIN, March 26 (Xinhua) -- Northern Chinese port city Tianjin, a crossroads of land and sea routes for the Belt and Road (B&R) Initiative, witnessed a 6.2 percent year-on-year growth in trade with B&R countries in the first two months of 2020 despite the coronavirus.

The trade volume between Tianjin and B&R countries reached 25.3 billion yuan (about 3.6 billion U.S. dollars) during the period, accounting for 25.5 percent of the city's total, the Tianjin Customs said Thursday.

Tianjin's imports and exports with the Association of Southeast Asian Nations (ASEAN) reached 12.7 billion yuan, up 7.8 percent, while the city saw a declined foreign trade with its traditional trading partners, including the European Union, the Republic of Korea, Japan and the United States.

The trade value by foreign-invested enterprises increased by 4.5 percent to 56.84 billion yuan. The city also enjoyed a 58.6 percent growth of agriculture products imports.

The export of electrical and electronic products decreased by 13.9 percent to 24.64 billion yuan. Whereas, some specific products such as automatic data processing equipment parts and integrated circuits have seen 12 percent and 33.6 percent increases, respectively.