BUSINESS Norway rolls out Alipay to attract tourists from China

Norway rolls out Alipay to attract tourists from China

Norway has become another Nordic country after Finland to accept Alipay, the most popular mobile payment app in China. Norway's largest payment app Vipps said on Tuesday that it is rolling out Alipay in Norway, beginning with 30 location businesses in Bergen and then expanding to more key locations across the country. 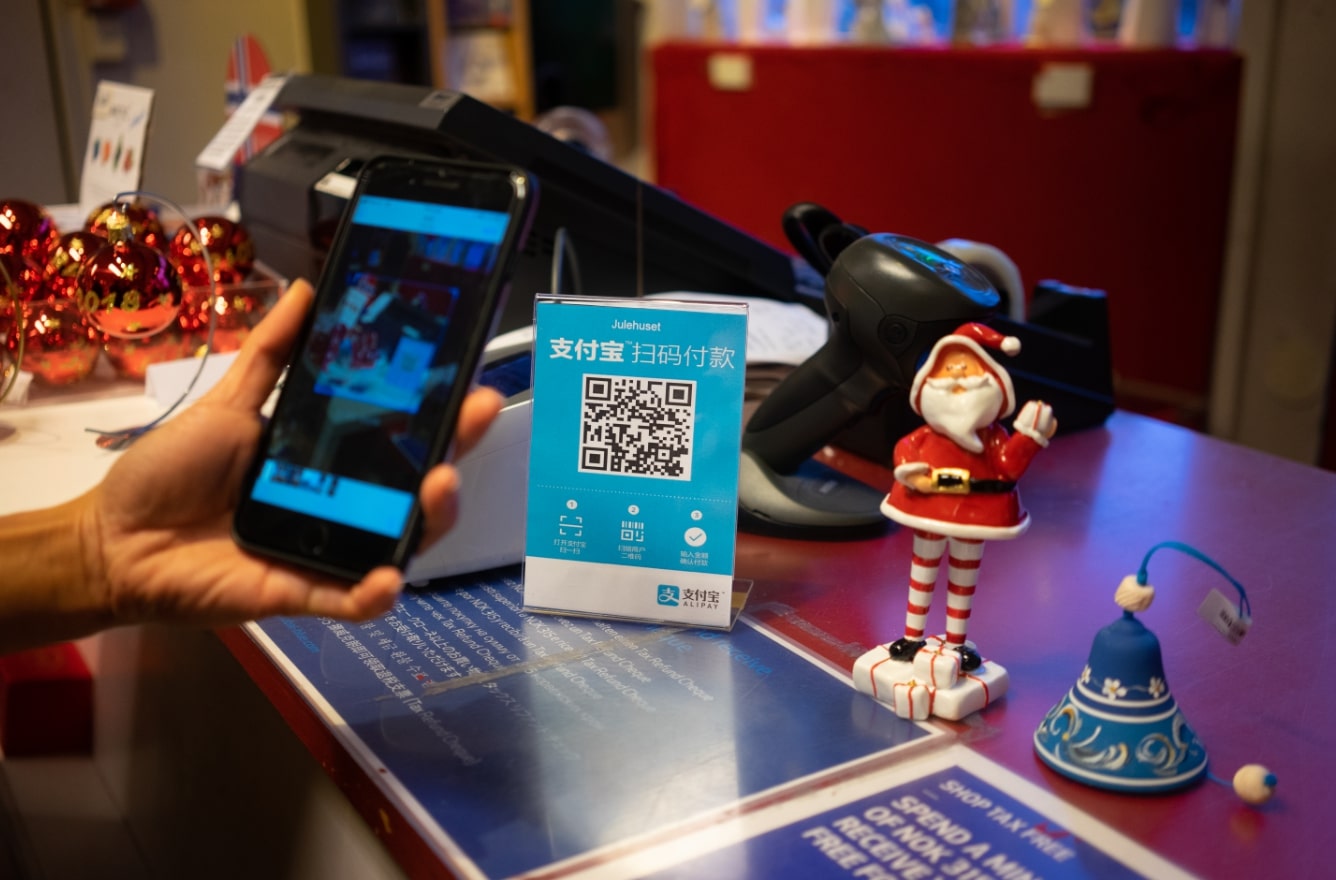 Chinese tourists can now pay with Alipay at a souvernir shop in Bryggen, famous for its characteristic wooden houses. [Photo provided to China Plus]

The move is expected to simplify online payments for tourists from China travelling in the region. The number of tourists travelling to Norway from China increased by 575 percent from 2007 to 2017, according to innovation and development agency Innovation Norway. Bergen is one of the most visited cities in the country.

"Our cooperation with Alipay gives merchants unique opportunities to accept mobile payments from Chinese tourists by QR Code scanning, as well as new marketing possibilities through the Alipay app. Bergen is just the starting point for this, and we will expand throughout Norway in the coming months," said Berit Svendsen, the head of Vipps International. 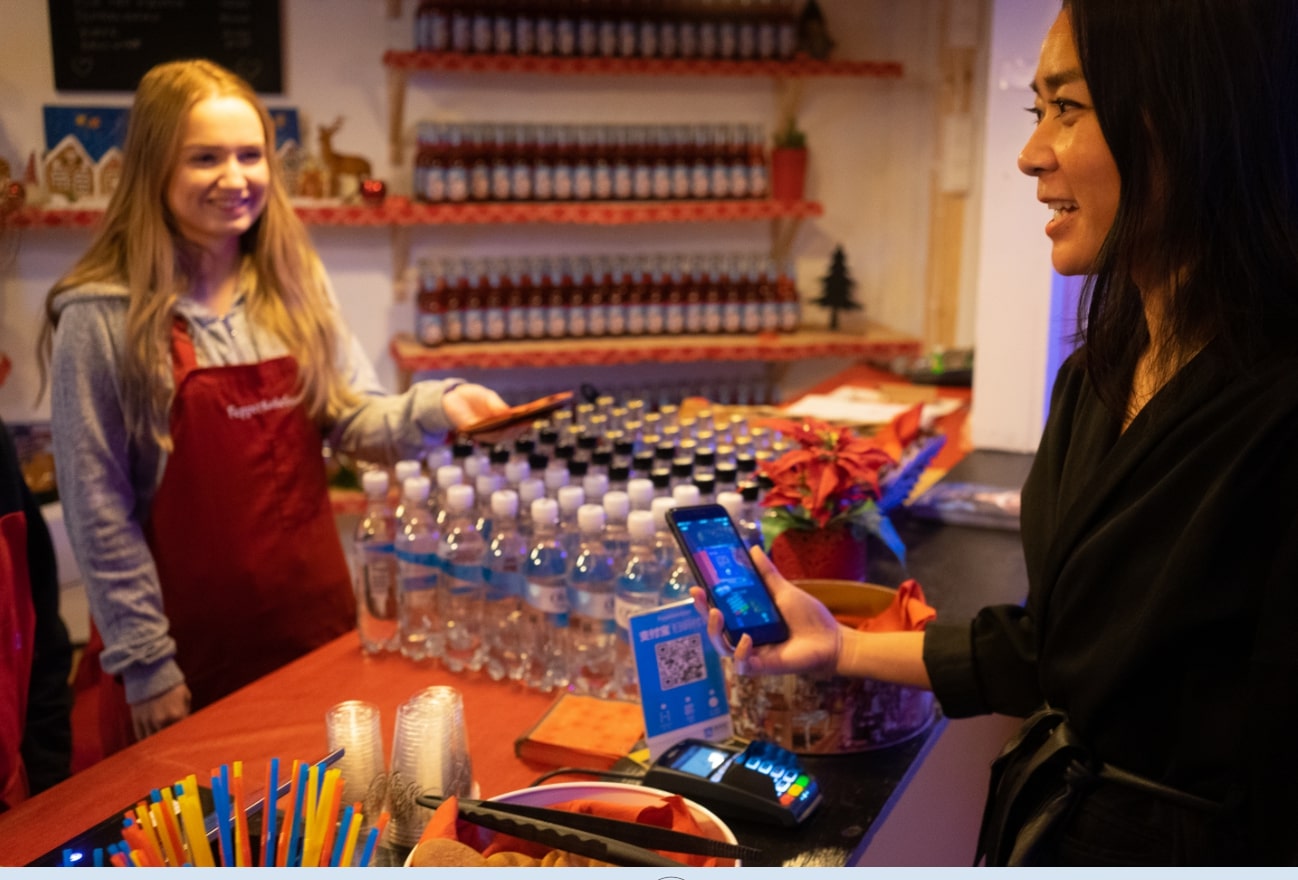 A tourist uses Alipay to pay at Bergen's Pepperkakebyen, the world's largest gingerbread city. [Photo provided to China Plus]

Meantime, Vipps has also announced a partnership with Finnish mobile payment provider ePassi, which allows their almost four million users to scan the same QR codes to make payments, making it easier for them to pay at home and when they travel to visit their Nordic neighbor.

The collaboration between the two companies is based on using Alipay's QR Code standard.

"Merchants who are eager to start accepting Alipay for marketing and payments with Chinese customers, especially ahead of Chinese New Year, can contact us directly," said Svendsen. "They will also be in an extremely advantageous position when we allow Vipps and ePassi users from Nordic countries to scan those same QR codes to make cashless payments via their app." 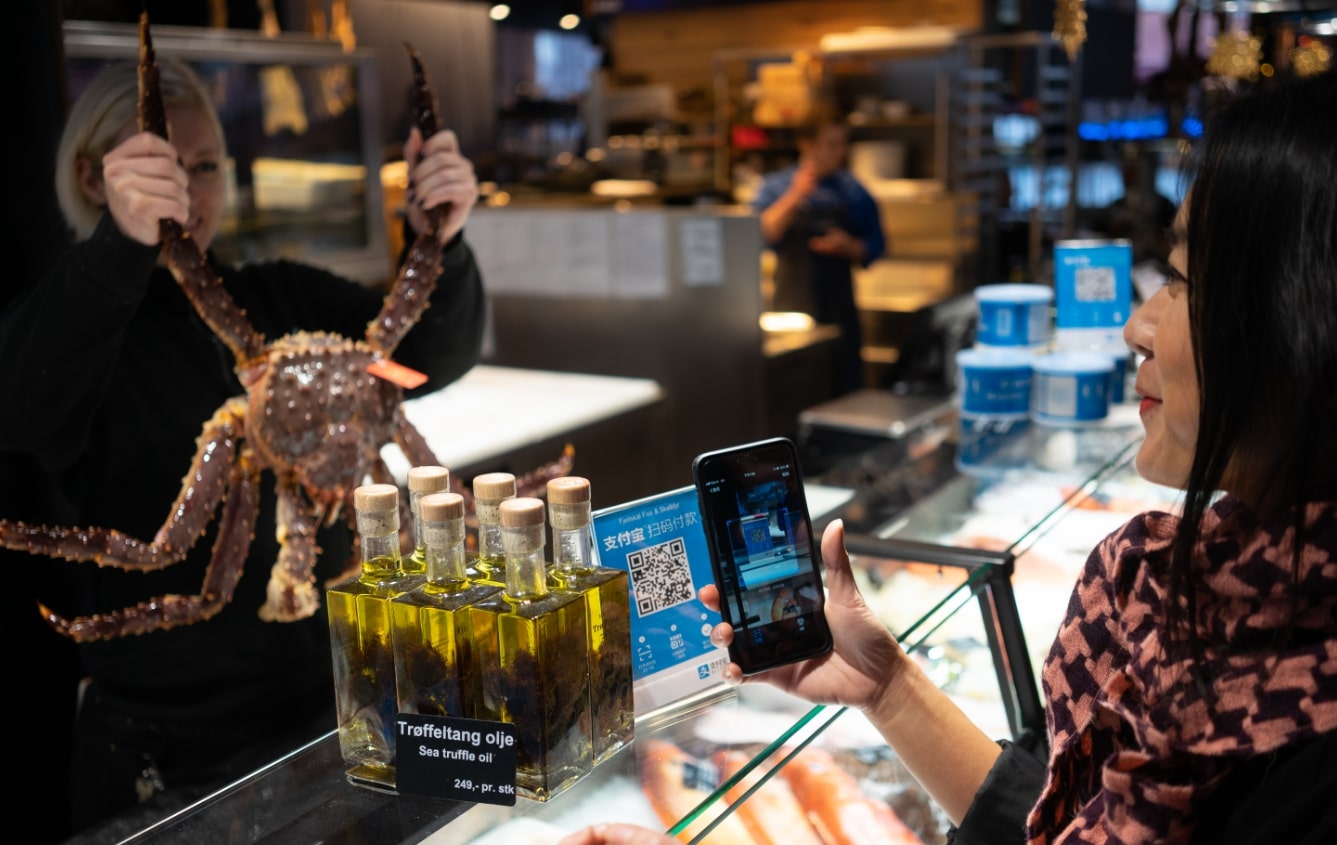 A tourist uses Alipay to pay at Fjellskal, Norway's most famous fish market. [Photo provided to China Plus]

Vipps is planning to introduce QR Code scanning for its own users in Norway during the first half of 2019.