In Tromsø, a small northern city of Norway, chef Junnar Jensen is processing salmon in his local fish delicacy shop. The salmon were freshly caught by local fishermen three hours away and are shipped to him daily. 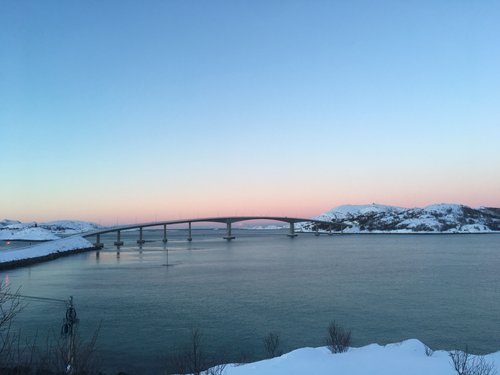 The skilled chef chops the salmon's head off first, slices the body into two halves, removes the bones with swift moves and then cuts the fillets into smaller pieces. In less than 10 minutes the fish has been processed into "sashimi" and is ready to be served.

"In my family, we eat salmon two days every week but we have all the fish to choose from. We are lucky to have very high-quality fish in Norway, especially in the north," Jensen told the Global Times.

Apart being a popular dish among Norwegians, the country's salmon are also exported to over 100 countries and regions around the globe. As the world's largest producer of Atlantic salmon, every day 14 million meals consisting of Norwegian salmon are served worldwide.

Among them, China is a fast-growing market. Norwegian salmon exports to China rebounded strongly in 2018, with several significant steps being made in the seafood trade between Norway and China. Export volume jumped from around 4,000 tons in 2017 to 12,057 tons in 2018, a 207-percent upsurge. The export value is 826 million Norwegian krone ($92.24 million), a 275-percent year-on-year increase, according to statistics from the Norwegian Seafood Council.

"Based on our annual consumer studies, Norway is the preferred country of origin for salmon among Chinese consumers, and this provides a very good basis for further developing the China market for Norwegian salmon in the coming years," Victoria Braathen, director of Norwegian Seafood Council for Chinese mainland and Hong Kong, told the Global Times. 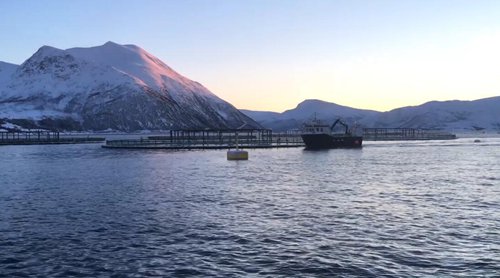 A fish farm at Tussøya

No one can say for certain when Norway's fisheries first started, but we do know that it is a rich and diversified history.

The lengthy Norwegian coast and its cold, clear waters bestow a pure and fresh taste to the salmon raised there.

Beginning in the 1970s, salmon farming developed quickly, and since 1998 Norway has tripled its production of salmon to around 1 million tons, according to the Norwegian Seafood Council.

The rich resources of the sea, scientific farming, strict regulations and a devotion by diligent local fish farmers formed a solid and sustainable foundation for the many small communities along the Norwegian coast.

Tussøya, a one-hour drive west of Tromsø, is one such fishing village. Beneath the ice-clad mountains are scattered several salmon farms, which are easily identifiable by cages floating along the shoreline.

A typical fish farm consists of between six and 10 cages, which can hold 3,000 to 5,000 tons of fish. The cages consist of a buoyancy element on the surface and a net-bag below into which the fish swim. A typical net-bag is between 20 to 50 meters deep with a diameter of 50 meters.

Nearby is an operation station where workers from fish companies use modern equipment to maintain and monitor the health and welfare of the fish. Though the salmon won't be allowed to take a walk, they do enjoy privileges as Norway's favorite fish. 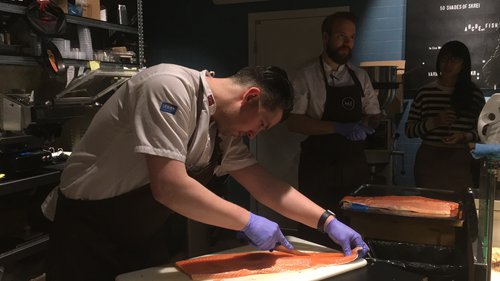 These privileges include high levels of hygiene, daily inspections with the salmon being disturbed as little as possible in the process; carefully chosen need-based fish-feeding to ensure that the salmon like the taste, with age, weight and physiological requirements also considered in the feeding decision-making process.

"They have to have a veterinary inspection every second month to see if the fish are doing well. It's one of the animals in Norway that receives much more attention than we [humans] do, actually," Anders Nordøy Snellingen, coordinator of global operations for the Norwegian Seafood Council, told the Global Times.

According to Snellingen, the salmon volume has not grown much in recent years, due to regulations. In 2017, there were 527 fish farms in operation, all under the regulation of Norwegian authorities.

The sea is of huge importance to Norwegians. This is one of the many reasons why fishing in Norway is so strictly regulated in a way to sustain their sea as a valuable basis for life for current and future generations.

"Seafood is one of Norway's most important export industries, and is becoming one of our strongest international brands - along with the cold, clear sea, our natural conditions, respect for nature, coastal culture and our origins," said Braathen.