Switzerland-based pharmaceutical company Novartis Pharma AG expects to double its sales in China and submit 50 new drug applications in the country by 2024, it announced in its annual financial report released on Tuesday. 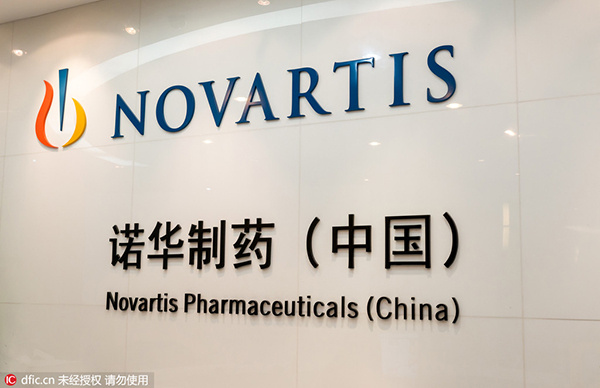 View of a signboard of Novartis Pharmaceuticals (China) in Shanghai. [Photo / IC]

"The Chinese government is becoming increasingly open to innovation and that has enabled Novartis to achieve outstanding performance in the China market."

Despite challenges posed by the COVID-19 pandemic, the company’s net sales in the China market grew by 16 percent last year, making it the leader in terms of growth in the emerging market, according to the report.

Novartis claims that it is the second fastest-growing multinational pharmaceutical company in China, which is one of the company’s top three markets in the world.

A total of six new drugs and indications, including those for patients suffering from melanoma, ankylosing spondylitis (a rheumatic immune disease), and non-small cell carcinoma, were approved in China last year.

The company also said that in 2020, eight therapies or new indications were included in the NRDL to expand patients’ accessibility to drugs and benefit more sufferers.