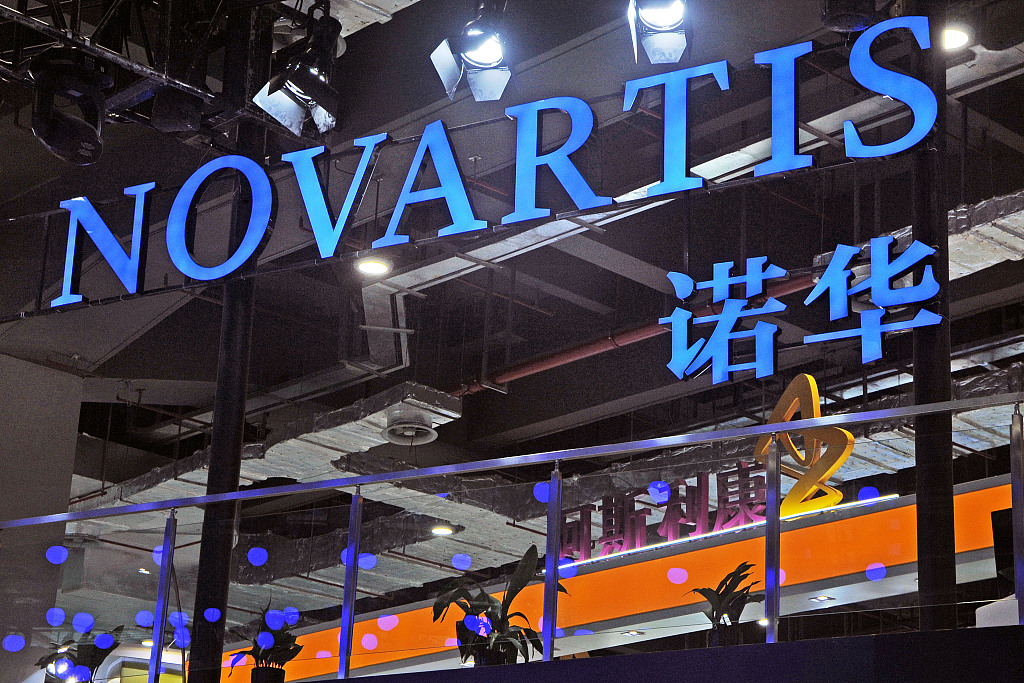 Swiss pharmaceutical giant Novartis AG plans to submit applications for 50 innovative drugs focusing on unmet medical needs in China by 2023, riding the wave of streamlined and accelerated new drug approvals in the country.

Most of the drugs will target major diseases plaguing Chinese patients such as cardiovascular, eye and respiratory diseases, and tumors, John Tsai, head of global drug development and chief medical officer for Novartis, said in an interview with China Daily in Shanghai on Thursday.

A drug treating asthma may become the first orally taken medicine to provide both efficacy and convenience for the patient population in China, Tsai said.

"We have a 5,000-patient study going on and will be reporting out before the end of this year. This unique oral drug will help patients with asthma in China," he said.

The country's regulators have streamlined and sped up new drug approvals by including fast track approvals of medicines with an urgent clinical demand or those treating rare diseases.

A report by global market consultancy McKinsey showed nearly 50 new medicines were approved in China in 2018, and the approval period was reduced by a year.

Regulatory reform has been tremendous in allowing pharmaceutical companies to develop drugs much faster than in the past, Tsai said, and examples would include timelines for clinical trial application, which used to take up to three years and is now as short as three months, similar to the main markets in the rest of the world.

"In light of the governmental regulatory reforms, we are working to have every pivotal drug development program include China from the beginning by default," said Tsai.

With such advances, the company was able to obtain 24 approvals for new drug applications in China in the last two years, including those for nine new molecular entities.

"Such a pace makes China definitely the fastest marketplace in terms of the number of applications compared with anywhere else in the world," Tsai said.

Such a pace also derives from Novartis' robust pipeline of drugs and its commitment to the Chinese market, which brought into being an end-to-end research group consisting of 700 scientists from discovery, translational research, to development research based in Shanghai and Beijing to advance treatments with a focus on patients in China, Tsai explained.

This research group started in 2006 to focus mainly on diseases prevalent in China and Asia, such as liver cancer, gastric cancer, and nasopharyngeal carcinoma, a type of head and neck cancer. "We do have drugs and keep exploring drugs that will treat such diseases," he said.

Healthcare information company IQVIA estimated the pharmaceutical market in China would reach $170 billion in 2021, a nearly 50 percent increase from the size five years ago.