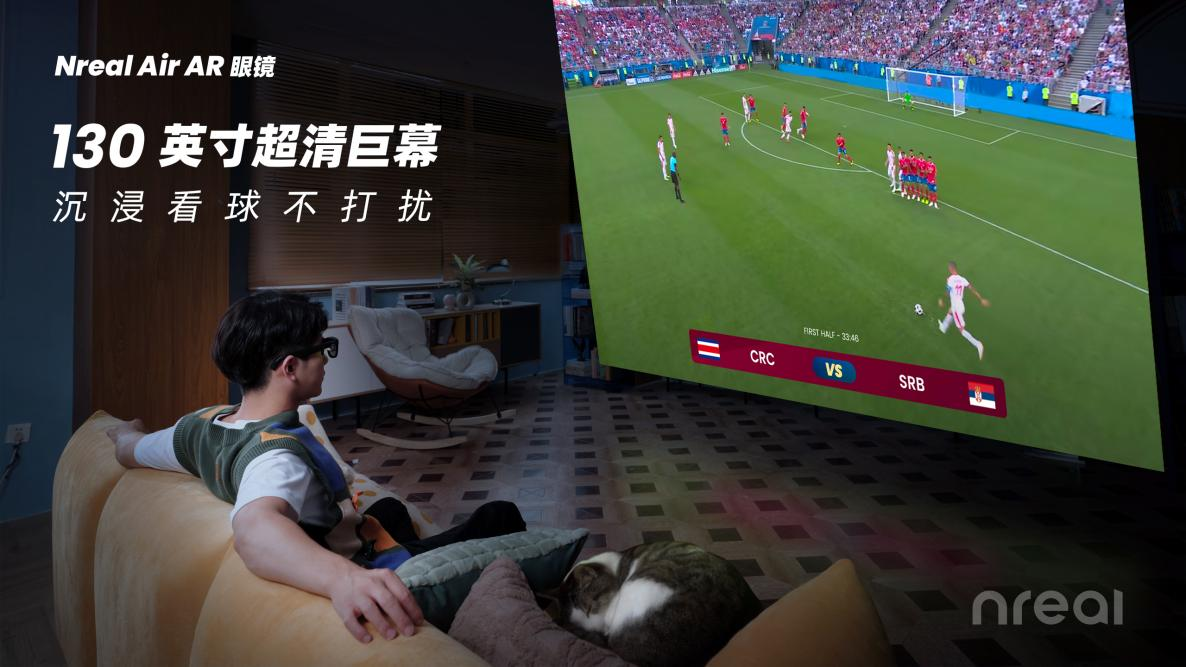 The 2022 FIFA World Cup in Qatar is taking on a metaverse-like look for many Chinese sporting enthusiasts watching from afar, as local companies leverage cutting-edge technologies to enrich soccer fans' digital viewing experience.

As a hot tech buzzword, metaverse loosely refers to a shared virtual environment or digital space created by technologies including virtual reality and augmented reality.

Not only is the virtual space lifelike, but it has also been equipped with special effects that allow users to interact with one another such as kicking footballs to other online visitors, the company said.

Apart from the interactive app, users can use Nreal Air AR glasses to watch football games through either the AR Space app or the Migu Video app. The immersive panoramic view on Nreal's AR Space app enables users to view multiple screens at the same time.

Jin Peng, co-founder of Nreal, said the value of technology lies in helping people live a better life, and the same is true for AR as a trending technology leading the future. The AR technology and innovative experience of Nreal Air will help Chinese fans to better feel the zeal of soccer.